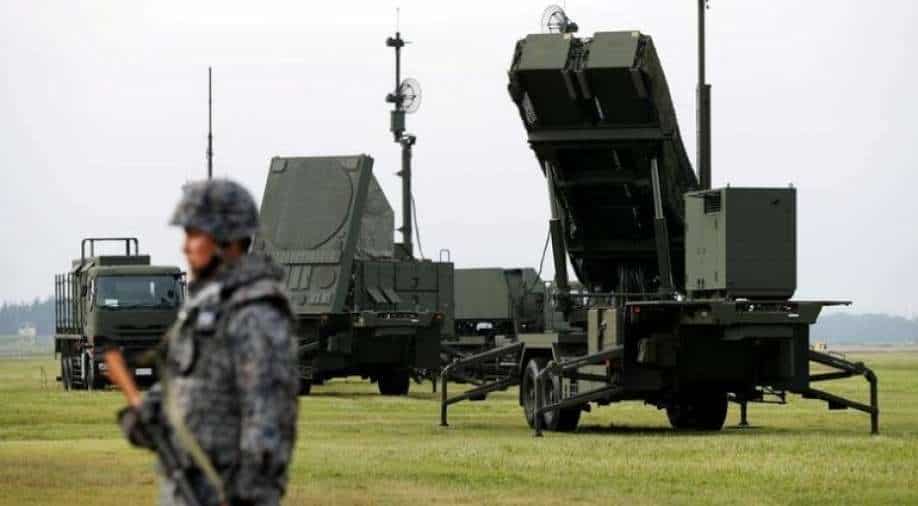 FILE PHOTO: A Japan Self-Defense Forces (JSDF) soldier takes part in a drill to mobilise their Patriot Advanced Capability-3 (PAC-3) missile unit in response to a recent missile launch by North Korea, at U.S. Air Force Yokota Air Base in Fussa on the outskirts of Tokyo, Japan. Photograph:( Reuters )

Japan still regards the US military as playing a critical role in ensuring its security—a situation that fits the Pentagon well, as its East Asian posture is mainly reliant on facilities on Japanese soil.

Japan's cabinet approved a record defence budget of 5.4 trillion yen ($47.2 billion) for the fiscal year beginning in April on Friday, bolstering the country's capabilities to counter challenges from China.

The figure represents the pacifist country's tenth consecutive increase in yearly defence spending, surpassing a ceiling of 1% of GDP that it has mainly maintained for decades.

The move comes after parliament enacted a supplementary budget this week that included record defence spending.

China summons Japan's envoy and chastises Abe over his threat to invade Taiwan.

According to the Stockholm International Peace Research Institute, Japan's military budget is tiny when compared to that of its partners, the United States, which is expected to spend $778 billion in 2020, and China, which will spend $252 billion.

Before being officially enacted next year, the total budget must be approved by parliament.

The United States and Japan have reached an agreement on payments for hosting American troops.

After Beijing's clampdown on Hong Kong in 2020, relations between Japan and China became increasingly tense, as ships from both countries continued to chase each other over islands they both claim in the East China Sea.

Japanese officials, including Prime Minister Fumio Kishida, have become more vocal about the need to prepare for a contingency around Taiwan.

Japan still regards the US military as playing a critical role in ensuring its security—a situation that fits the Pentagon well, as its East Asian posture is mainly reliant on facilities on Japanese soil.

However, the financial and environmental costs of maintaining that alliance occasionally run afoul of domestic politics in both the United States and Japan.