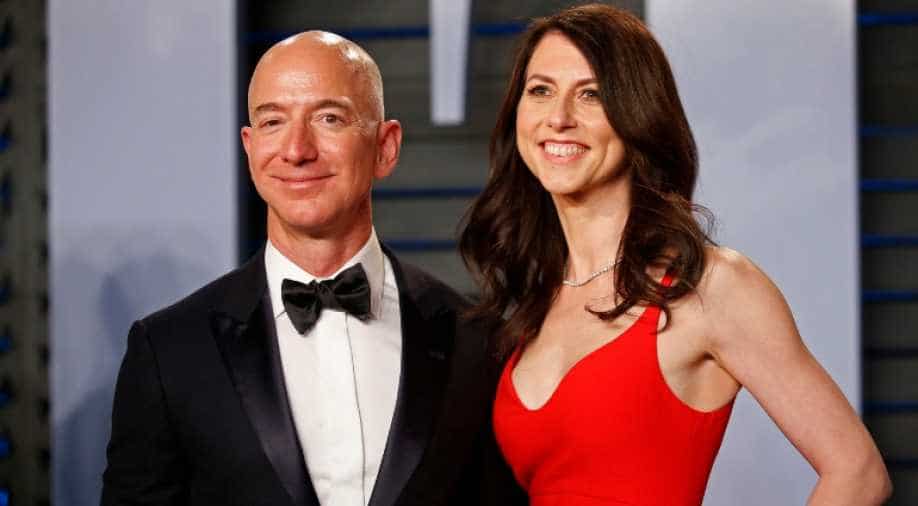 Bezos's fortune has grown a whopping $56.7 billion in six months partly due to consumer shift towards purchasing products through Amazon amid the coronavirus pandemic

Amazon founder Jeff Bezos’s net worth zoomed to $171.6 billion on Wednesday after the company's stocks surged 4.4 per cent.

The Amazon founder's ex-wife Mackenzie Bezos who had taken 4 per cent stake in Amazon after the couple divorced saw her fortunes rocket to $56.9 billion making her the second richest woman in the world. Bezos owns 11 per cent of stocks in Amazon.

Bezos had earlier touched a high of $167.7 billion in 2018 making his current fortune the highest since his divorce even though he had ceded shares to his wife.

Bezos's fortune has grown a whopping $56.7 billion in six months partly due to consumer shift towards purchasing products through the e-retailer amid the coronavirus pandemic leading to lockdowns in several parts of the world.

Amazon had earlier announced that it would pay $500 million as one-time bonuses to its frontline employees who were working during the coronavirus pandemic even as workers in Germany went on strike over safety concerns.

In fact, the coronavirus crisis has come as a boon for another company founder as Tencent founder Pony Ma, 48, knocked out Alibaba founder Jack Ma as the richest man in China.

Pony Ma's company which makes video games benefited from the lockdown in China as people stayed home and played the popular games including "Honour of Kings", "PUBG Mobile" and "Clash of Clans" as the company cashed in on the changing online behaviour.

Pony Ma's fortune went up to $50 billion overpowering Jack Ma's $48 billion fortune even as China continues to grapple with the virus.