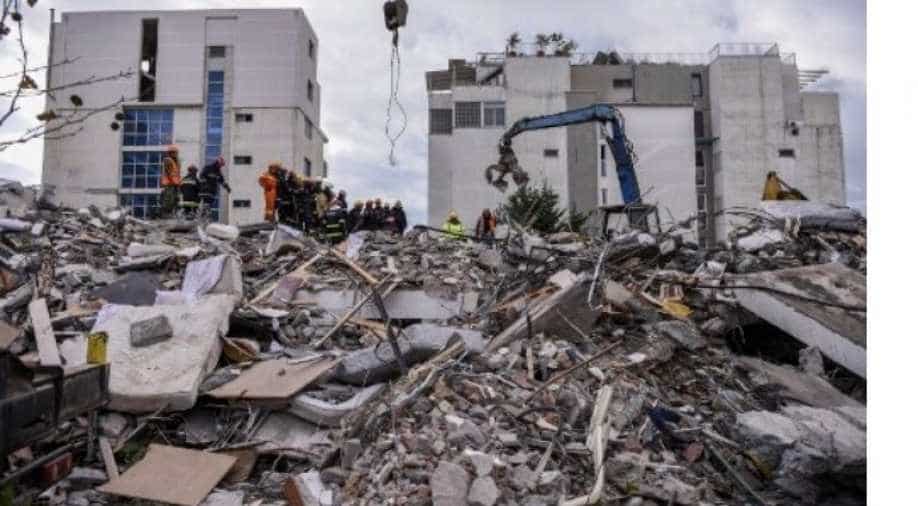 The 6.4 magnitude quake that jolted Albania before dawn on Tuesday was the most deadly and destructive in decades.

Albania's prime minister said the country had been "wounded" by the violent earthquake this week that killed whole families and pulverised buildings, as he gave a new toll on Friday of 49 dead and 5,000 displaced.

The 6.4 magnitude quake that jolted Albania before dawn on Tuesday was the most deadly and destructive in decades.

Entire families were crushed by their homes while they were sleeping.

"We have all been touched and wounded" by the tragedy, said Prime Minister Edi Rama, his voice strained as he mentioned the death of a close friend of his son, a medical student whose body was found in the rubble with her brother and two parents.

The damage was most concentrated near the Adriatic coast in the port city of Durres and the town of Thumane, where scores of people were trapped beneath the wreckage of toppled apartments and hotels.

Loved ones and neighbours have watched in agony this week as rescue teams pulled corpses from the ruins.

On Friday the search effort wound down to focus on one or two sites in Durres, including a collapsed beach-side hotel.

Around 45 people were rescued from the ruins alive by relief teams, who were backed up by experts from around Europe with dogs, cameras and other equipment to comb through the rubble.

In Durres and Thumane, almost 2,000 people have been moved into hotels or other buildings  -- either because of severe damage to their homes or because hundreds of aftershocks made their apartments unsafe.

Another 3,480 people in the capital Tirana fled in panic to shelters, with some now housed in reception centres and many staying in the homes of relatives, Rama said.

There were no casualties in Tirana but nearly 70 buildings and 250 homes were damaged, he said.

Teams of experts are being organised to assess the risk of damaged buildings, said Defence Minister Olta Xhacka, who urged residents to leave any homes affected by the quake.

"The situation of buildings with damaged structures is as dangerous as on the first day, so don't stay there, leave them," she said.

Albania is one of the poorest countries in Europe and its urbanisation developed chaotically after the fall of communism in the 1990s.

A lot of construction has been done "without a building permit, without respecting rules... using non-standard materials," local architect Maks velo told AFP.

The government has promised to build new houses for earthquake victims by 2020.

Donations in multiple currencies have poured in and are expected to exceed five million euros ($5.5 million), as well as $1.5 million, Rama said.

Amazon moves to create own lab for employee COVID-19 tests

Can China change its eating habits?