All you need to know about Trump's wall 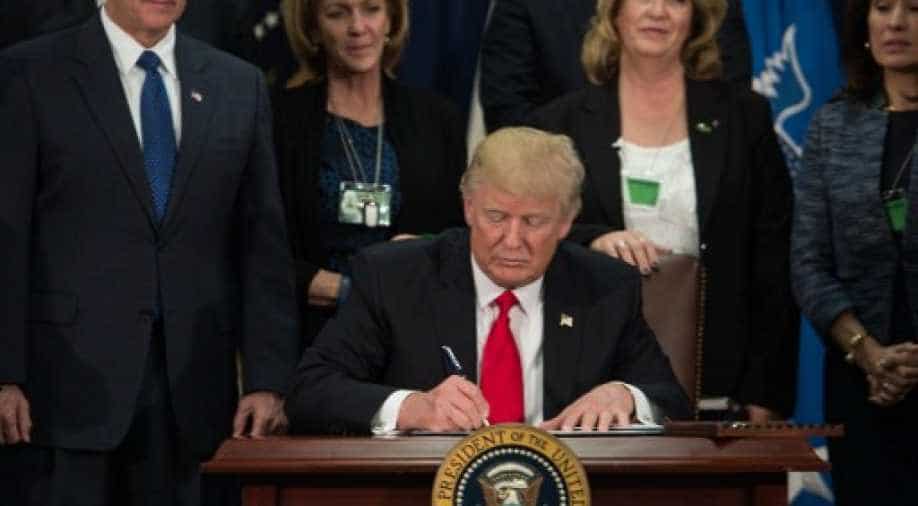 President Donald Trump has signed an executive order designed to start fulfilling his campaign pledge to build a wall along the US border with Mexico. The stated goal of this gargantuan project is to keep out undocumented migrants, drugs and criminals. Here is a look at the feasibility of erecting such a barrier.

How much would it cost?

Billions. But exactly how much is not known.

Part of the 2,000 mile (3,200 kilometre) border -- 653 miles of it, to be exact -- already features fencing that blocks people and/or vehicles. But just building 413 more miles of fencing would cost $11.4 billion, according to the Washington Office on Latin America, a non-profit research and rights group that quoted an estimate by US Customs and Border Protection.

Trump himself has been vague about the cost. His estimates have ranged from $4 billion to "around $10 billion." But architects and engineers have said it would cost much, much more.

The review put it this way: "Set aside the questions of whether it's wise to put a wall along the US-Mexico border or who should pay for it. It simply can't be done at the price Donald Trump has claimed."

This is most obviously a boondoggle. Watch for who profits. #TrumpCrimeFamily https://t.co/hnTlgM0aTf

Where would he get the money from?

This is not very clear, either.  For now, the White House can only divert existing funds toward the project. The Republican-controlled Congress would need to supply new money if the wall is to be anywhere near completed. And Trump's party has spent the last decade preaching fiscal prudence.

Trump's executive order instructs Homeland Security Secretary John Kelly to: "Identify and, to the extent permitted by law, allocate all sources of Federal funds for the planning, designing, and constructing of a physical wall along the southern border."

It also requests that he: "Project and develop long-term funding requirements for the wall, including preparing Congressional budget requests for the current and upcoming fiscal years."

"There are a lot of funding mechanisms that can be used," White House spokesman Sean Spicer said Wednesday.

"At this point his goal is to get the project started as quickly as possible using funds and resources that the department currently has, and then to move forward and work with congress on an appropriations schedule," Spicer said.

Trump has vowed repeatedly to make Mexico pay for the wall, perhaps by dipping into the remittances that Mexican migrants send home. These totalled $25 billion last year. But Mexico has categorically ruled out paying for the wall or reimbursing the United States for it.

The wall would require foundations deep enough to ensure stability and discourage tunneling. Again, that means lots of money.

A 40-foot concrete wall using a "post and panel" system sunk 10 feet below ground would cost at least $26 billion, according to Todd Sternfeld, CEO of a Texas company that makes precast concrete fence and barrier products.

Other obstacles to the wall

Take the Rio Grande River, for instance. It forms the natural border between Mexico and Texas. Laws prohibit construction that would impede flood management or interfere with the sharing of resources. And a treaty bars either country from diverting any flow of water.

What is more, Trump cannot just do as he pleases with the land along the border because much of it is privately owned. So building a wall would entail messy legal proceedings, political blowback, and substantial expropriation payments.

They seem divided by the wall. A Morning Consult/Politico poll released Wednesday said 47 per cent of voters support building a wall, with 45 per cent against.

Critics say the wall proposal is pointless because, among other things, most drugs smuggled into the United States pass through legal entry points and are not transported through the desert.

And if the goal is to keep out unauthorized migrants, that flow is already down to near the level of the early 1970s, according to the Washington Office on Latin America.