After Florida, Trump to take part in two more rallies next week 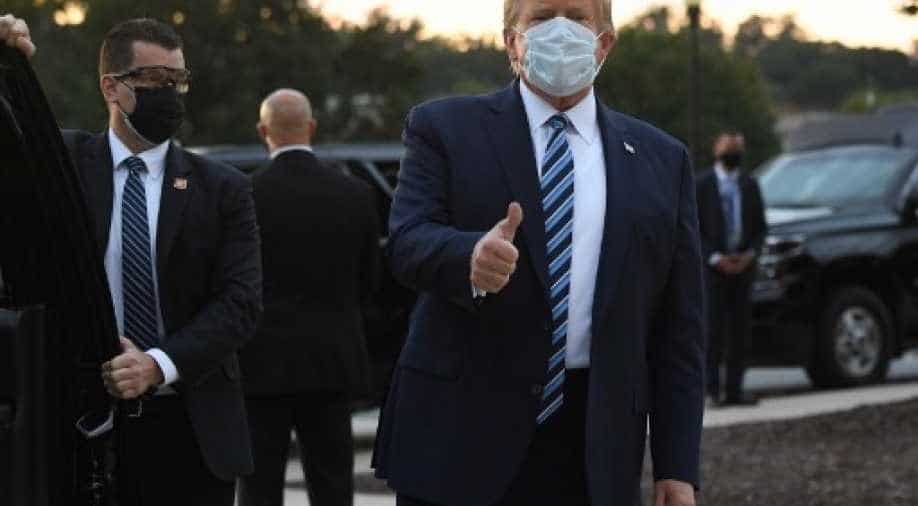 As the election day nears with Trump still trailing Biden in the opinion poll, US Republican Senator Ted Cruz warned that party could face a "bloodbath of Watergate proportions".

After announcing a rally in Florida, Trump's campaign team said US President Donald Trump will hold two more rallies in and Pennsylvania and Iowa.

The Trump team's announcement comes as the United States counts down to the November 3 election date amid the devastating impact of the coronavirus pandemic. President Trump who had contracted the virus had returned to the White House on Monday after being sent Walter Reed hospital.

Trump is set to deliver an address at the White House on Saturday to his supporters even as doubts linger over his health.

However, Trump told a US TV network that, "Right now I'm medication-free, I'm not taking any medications as of, you know, probably eight hours ago."

The pandemic has become a major election issue as Democratic presidential candidate Joe Biden tweeted: "Over 213,000 Americans have died from this virus -- and the hard truth is it didn't have to happen this way."

As the election day nears with Trump still trailing Biden in the opinion poll, US Republican Senator Ted Cruz warned that party could face a "bloodbath of Watergate proportions".

"If on election day people are angry and they've given up hope and they're depressed... I think it could be a terrible election," Cruz said, adding,""I think we could lose the White House and both houses of Congress, that it could be a bloodbath of Watergate proportions."

"I am worried.... It's highly volatile," the Republican Senator added.