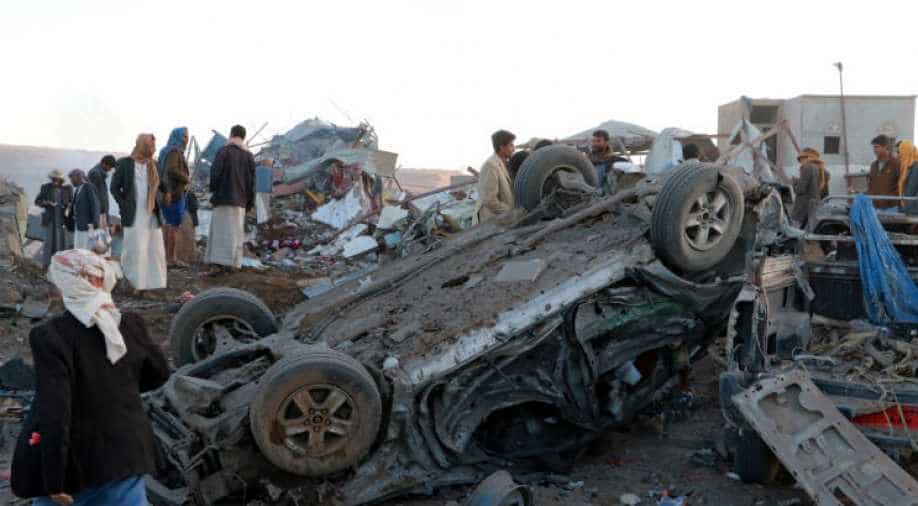 The air strike targeted a factory south of the Syrian city of Homs Photograph:( Reuters )

A senior Israeli minister on Thursday declined to comment on reports that Israeli aircraft had struck a target in Syria the night before but repeated a threat to hit arms shipments to Lebanese Hezbollah guerrillas.

The air strike targeted a factory south of the Syrian city of Homs on Wednesday night and the Syrian army responded by firing a surface to air missile at the aircraft, a commander in a military alliance fighting in support of Damascus said.

An Israeli military spokeswoman declined to comment but Israel's Channel 10 said the aircraft was not hit and returned safely to base.

"I can't, of course, relate to reports about the Israel Defence Forces attack in Syria, but regardless, Israel's position is clear: Smuggling arms to Hezbollah is a red line in our eyes," Intelligence Minister Israel Katz told Army Radio.

The Syrian commander told that Israeli planes had hit a copper factory in the industrial town of Hisya, 35 km (21 miles) south of Homs and 112 km (70 miles) north of Damascus. The commander did not give details of any casualties.

The Syrian Observatory for Human Rights, a Britain-based organisation that reports on the war, said the airstrike had targeted a military installation.

"Israel has acted in the past and it will act in the future to prevent arms smuggling to Hezbollah according to intelligence information that we will have," said Katz, who is a member of Prime Minister Benjamin Netanyahu's inner circle of ministers.

He said Israel's "red line" was "against arms smuggling, also against Iran's consolidation in Syria" and that it was "prepared to act to deter against our responses."

"I think the other side also understands this clearly and actions that took place in the past for which we did take responsibility, were actions that were according to these lines, these red lines," Katz added.

The Israeli air force says it has struck arms convoys of the Syrian military and its Lebanese ally, the Iran-backed Hezbollah, nearly 100 times in recent years.

Israeli officials have expressed alarm at Iranian influence in Syria, where Iran-backed groups have played a critical role fighting in support of President Bashar al-Assad during the conflict that erupted in 2011.

Tensions between Israel and Hezbollah, which last fought a major conflict in 2006, have escalated this year. Each side has warned it will unleash devastating firepower in the event of a full-scale war.