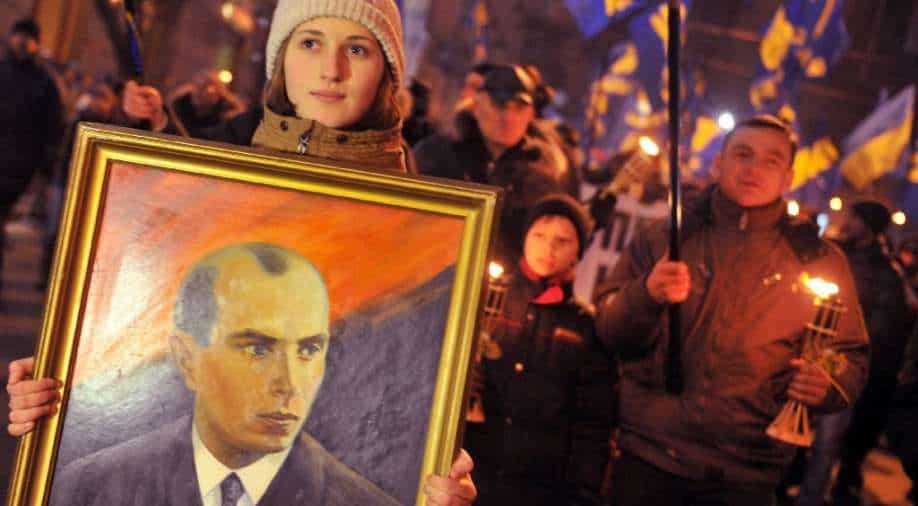 The march was held in the Ukrainian capital on Bandera's 112 birth anniversary. He died in 1959.

A little over a thousand far-right activists marched through Kyiv on Friday to honour Stepan Bandera, a controversial Ukrainian independence leader.

The march was held in the Ukrainian capital on Bandera's 112 birth anniversary. He died in 1959.

He was a leader of Ukraine's nationalist movement in the 1930s and 1940s, which included an insurgent army that fought alongside Nazi soldiers during part of the Second World War.

Even though he is glorified by many in western Ukraine as a freedom fighter, Bandera is dismissed by millions in eastern and south-eastern parts of the country as a traitor to the Soviet Union's struggle against the occupying German army.

The Ukrainian parliament has declared January 1 as a national day of commemoration for Stepan Bandera, who briefly joined forces with the Nazi occupation of Ukraine.

A nationalist, Bandera hoped the Germans would allow his country sovereignty from the Soviet Union, though the Nazis later arrested him.

Stepan Bandera was murdered by the KBG while living in exile in Munich, and his widow moved to Canada, where there is a large Ukrainian diaspora community.

UK finds missing case of Brazil variant, claims no sign it has spread