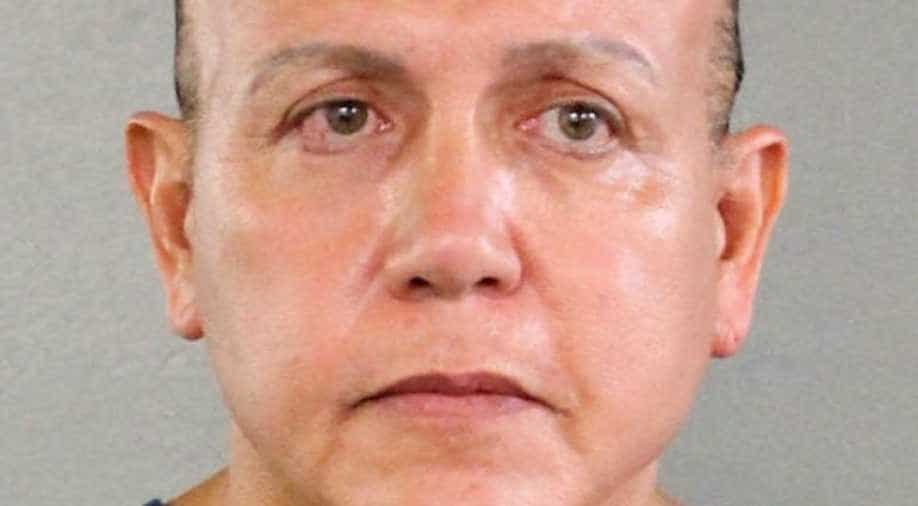 A Florida man who mailed pipes filled with explosives to prominent Democrats and critics of US President Donald Trump was sentenced to 20 years in prison on Monday.

A Florida man who mailed pipes filled with explosives to prominent Democrats and critics of US President Donald Trump was sentenced to 20 years in prison on Monday.

Cesar Sayoc, 57, who pleaded guilty in March to using weapons of mass destruction and other crimes, began crying when US District Judge Jed Rakoff in Manhattan read the sentence.

Prosecutors had asked Rakoff to sentence Sayoc to life in prison, while Sayoc's lawyers had sought a sentence of 10 years plus one month.

Ian Marcus Amelkin, one of Sayoc's lawyers, argued that Sayoc's crimes were caused by paranoid, delusional thinking brought on by heavy use of steroids.

He said Sayoc, who was living in a van at the time of his arrest last year, had struggled all his life with severe learning disabilities, the effects of childhood abuse and social isolation.

Sayoc, Amelkin said, saw Trump as a "father figure" and became obsessed with conspiracy theories about people he perceived as being enemies of the president.

"We believe that the president's rhetoric contributed to Mr Sayoc's behaviour," he said.

Assistant US Attorney Jane Kim, one of the prosecutors, argued that Sayoc was a danger to the public and that his crimes warranted severe punishment.

"The defendant here set out to terrorise people," she said.

Sayoc expressed remorse shortly before the sentencing. "I am so very sorry for what I did," he said.

All of the devices were intercepted and none exploded.

A report by federal investigators concluded they had no mechanism to trigger an explosion and "would not have functioned as designed."

Prosecutors argued that Sayoc nonetheless meant to injure his targets, while his lawyers said he meant only to inspire fear.

Sayoc himself said in a handwritten letter to Rakoff after his guilty plea that the bombs were a "hoax."

"He hated his victims. He wished them no good, but he was not so lost as to wish them dead, at least not by his hand," the judge said.

Still, the judge said, Sayoc's crimes were "far too horrible" for a "relatively lenient" 10-year sentence.