A coup, hostages and chaos: ISIS's final days in Syria 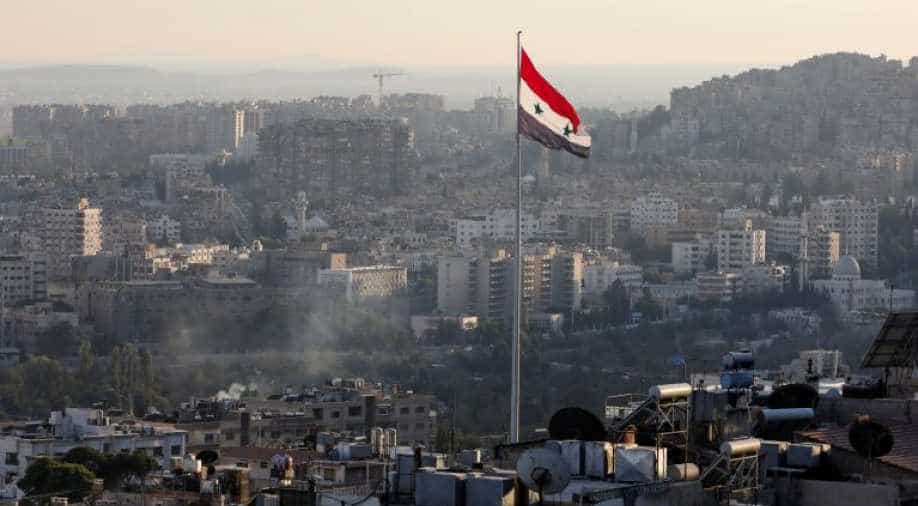 There appears to be chaos within the ranks of the terror group. Captured ISIS fighters talk about growing rivalry between local and foreign fighters.

As US-backed forces fight the last battle against the Islamic State in Syria, media reports say IS leader Abu Bakr al-Baghdadi is still alive and narrowly escaped a coup by his own men.

Chaos and rivalry seem to reign within the terror group’s ranks as they try to negotiate a safe passage offering to free hostages. WION's West Asia bureau chief Daniele Pagani has the story.

As per a report recently published in British newspaper The Guardian, on January 10, al-Baghdadi narrowly escaped a coup attempt by some of his own foreign fighters.

This would be the most recent proof that al-Baghdadi is alive and in Syria. August 2018 was the last time the world heard his voice.

Despite a 25 million dollar bounty on his head, local intelligence sources say rumours and information of his whereabouts have not been heard since.

The Islamic State has put a bounty on a veteran foreign fighter, who is believed to be the coup mastermind.

There appears to be chaos within the ranks of the terror group. Captured ISIS fighters talk about growing rivalry between local and foreign fighters.

The last Islamic State contingent is trying to play all its cards to avoid total annihilation. Kurdish sources reported that terrorists tried to negotiate safe passage in return for well-known hostages.

Negotiations for safe passage have been common in the Syrian war. It was usually offered in return for surrender.

But now, the Islamic State is offering to free high-profile hostages on top of that. This could be out of desperation or to protect al-Baghdad and grant him the last escape.

All named hostages were kidnapped more than five years ago, which makes it difficult to assess if they are still alive.

The Syrian democratic forces’ spokesperson has recently clarified that, regardless of any ISIS negotiation attempt, no safe passage will be given.

After saving more than 20K civilians from IS-held area and ensuring their safety in nearby camps, #SDF started to move on to the last village remaining under jihadists’ control in N. Syria. Village of Baghuz, which is the only remaining #ISIS pocket, will be cleared soon.

The US-backed Syrian democratic forces launched the final offensive against the 500 terrorists holed-up in two villages on the border of Iraq and Syria.

There have been intensive clashes over the weekend. Civilians living in the area have been evacuated to nearby camps.

The US-backed SDF (Syrian Democratic Forces) have been fighting the Islamic State since 2014, losing hundreds of men and women on the battlefield. They now, finally, see the end.

"Today, there are no more military gangs (Islamic State militants) left in Rojava. But their masterminds are still hiding. The time will come for them. We will finish them off. But as of today, it's over. We are very joyful. This was the last day. The war with Daesh gangs is over. It's good to finish them off. We avenged our martyrs' death. There is nothing left (of is militants)," Kurdish unidentified man, purported to be an SDF soldier was quoted by news agency Reuters.