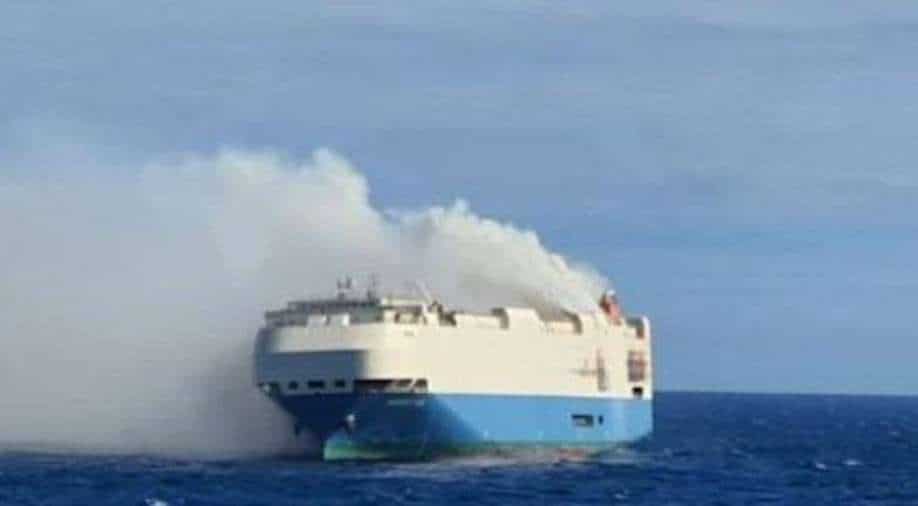 As per a statement by the Portuguese navy, when the fire broke out, the ship was sailing at 90 nautical miles southwest of Portugal's Azores

A ship carrying cars from Germany to the US is adrift in the Atlantic Ocean after it caught fire, forcing 22 crew members to abandon the vessel and escape. Loaded with Porsches and Volkswagens, the nearly 650-foot-long vessel is capable of carrying 4,000 cars.

As per a statement by the Portuguese navy, when the fire broke out, the ship was sailing at 90 nautical miles southwest of Portugal's Azores. The navy somehow managed to rescue all members of the crew from the ship. It was scheduled to arrive in Davisville on February 23. The crew was then taken to  Faial island by helicopter.

Fortunately, none of the crew members were hurt.

The fire, however, is still active on the ship and the owners have arranged for a tow.

While speaking to the Associated Press, the Volkswagen Group said that the Felicity Ace was transporting to the US "vehicles that the German automaker manufactured." The company declined to comment further.

Porsche Cars North America, in a statement, said, "Our immediate thoughts are of relief that the 22 crew of the merchant ship "Felicity Ace" are safe and well. A number of our cars are among the cargo. We are in contact with the shipping company and the details of the cars on board are now known."

Expectant Porsche owners are already in talks about the status of their vehicles. The company has also said that those "concerned by this incident and the implications on the car"  should contact their Porsche dealer.