Did Boris Johnson government ask police to not publish over 300 'Partygate' pictures? 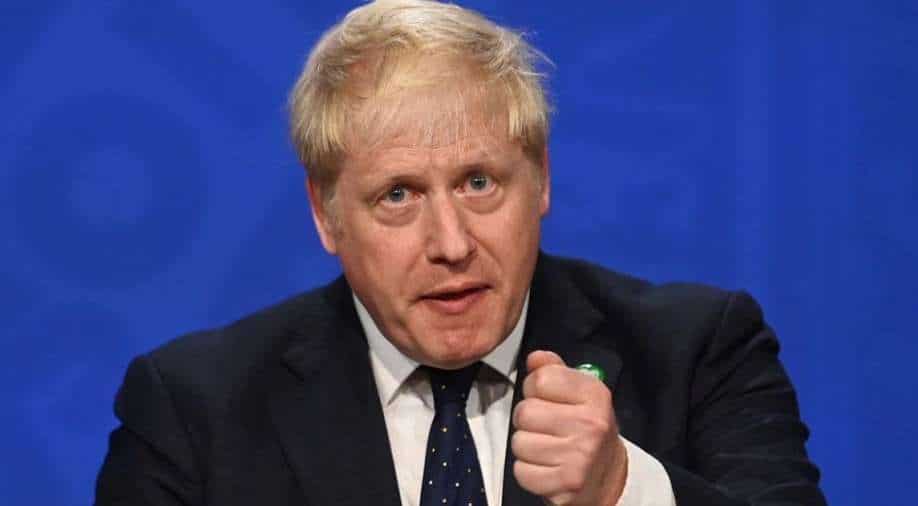 Opposition lawmakers demanded Johnson's resignation, arguing the fines given to him and Treasury chief Rishi Sunak were evidence of criminality at the heart of government. The opposition argued that the Downing Street gathering demonstrated that Johnson and his supporters believed the rules don't apply to them. Photograph:( Reuters )

As per media reports, the UK cabinet office "expects" that Scotland Yard will not publish over 300 pictures related to 'Partygate'

The Boris Johnson government has asked the Metropolitan Police to not publish the hundreds of pictures related to the investigation into the reported Downing Street parties, as per a report by Times.

The parties were held during the strict post-Christmas coronavirus lockdown when such gatherings were strictly banned in the United Kingdom.

The report added that some of the Downing Street aides were concerned the related photos could harm their reputations.

ITV News reported citing a leaked document that the Cabinet Office "expects" that Scotland Yard will not publish over 300 related pictures and 500 pages of information once the probe concludes.

As per a report by The Mirror, in one of the images, Prime Minister Boris Johnson can be seen holding a can of beer while standing next to Chancellor Rishi Sunak.

Meanwhile, the Met has reportedly not responded to the request but the department might give Number 10's request approval.

The UK media reports have carried a statement: "Consistent with its indication that it will not publish the identities of anyone issued a FPN [fixed-penalty notice], we would not expect the Met to publish photographs. The liaison unit has asked the Met to confirm this."

ALSO READ | 'Well, as you can see, I can't move': Is Queen Elizabeth's health failing?

The reports have also specified that the request has been made only to know whether the photos will be made public and there is no attempt to influence the investigation.

Earlier, Johnson apologised after a probe into lockdown-breaching parties at Downing Street found that such gatherings should never have taken place when there was a ban across the country. He had vowed to bring about changes not only to his team but to the way he engages with his party.

While pointing out the "serious failures of leadership" in the British government, Gray said that "the excessive consumption of alcohol is not appropriate in a professional workplace at any time".