9/11 attacks and a money trail: How terrorists planned the devastating attacks 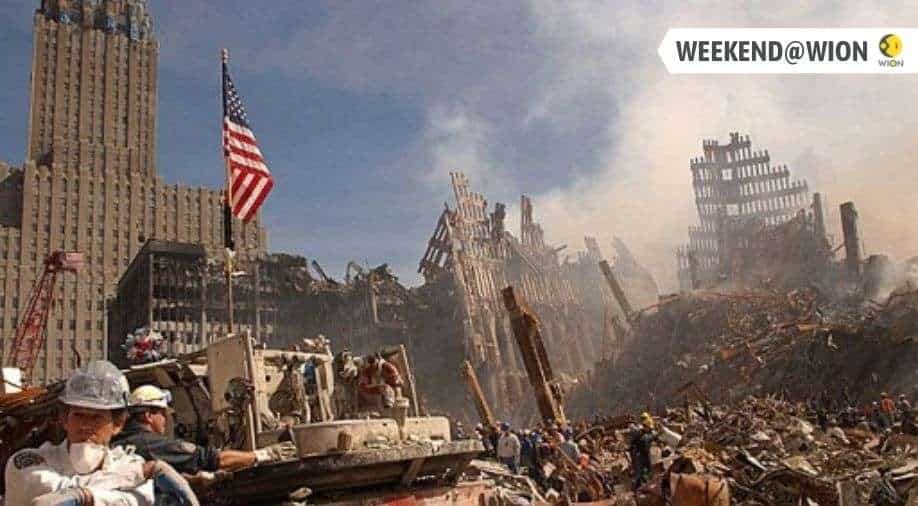 This file photo released by the New York City Office of Emergency Management on September 13, 2001, firefighters and Urban Search and Rescue workers battle smoldering fires as they search for survivors at the ruins of the World Trade Center in New York. Photograph:( AFP )

The 9/11 Commission Report revealed how did the attacks happen and how can the nation avoid such tragedies in the future.

An independent and bipartisan panel was created at the request of then-United States President George W Bush and Congress to investigate the deadliest terrorist attacks that left nearly 3,000 people dead on September 11, 2001.

The entire world was shocked when al Qaeda terrorists smashed two planes into New York's World Trade Center, killing 2,753 people. A third commercial jet hit the Pentagon, killing 184, and 40 more died after a fourth plane crashed into a field in Shanksville, Pennsylvania after a passenger revolt. It was the first foreign attack on the US mainland in nearly two centuries.

Formally titled The Final Report of the National Commission on Terrorist Attacks Upon the United States, the report was issued on July 22, 2004 after examining the facts and circumstances surrounding the 9/11 attacks.

Also known as The 9/11 Commission Report, it revealed how did the attacks happen and how can the nation avoid such tragedies in the future. The report aimed to provide the fullest possible account of the events surrounding 9/11 and to identify lessons learned.

Among the other striking details, the reports shed light upon the money trails and the flow of assets as it revealed that then al Qaeda head Osama bin Laden and his aides did not need a very large sum to finance their planned attack on America. The 9/11 plotters eventually spent somewhere between $400,000 and $500,000 to plan and conduct their attack.

The mastermind of the attacks was Khalid Sheikh Mohammed, who has yet to be tried and convicted for the heinous crime. He provided the operatives with nearly all the money required to travel in the United. The report mentioned that terrorists moved, stored and spent their money in ordinary ways but it remained unidentified by the mechanisms in place in the country at the time.

When the report was published, the origin of the funds was unknown, although a general idea of how al Qaeda financed itself during the period leading up to 9/11 was revealed.

As per the commission report, the United States initially thought Bin Laden financed al Qaeda's expenses through a vast personal inheritance as he purportedly inherited approximately $300 million when his father died.

But it was found that al Qaeda relied primarily on a fund-raising network developed over time. The intelligence agencies had then estimated that it cost al Qaeda about $30 million per year to sustain its activities before 9/11 and that this money was raised almost entirely through donations.

However, the US government found that roughly from 1970 through 1994, Osama received about $1 million per year.

The report also revealed that al Qaeda appeared to have relied on a core group of financial facilitators who raised money from a variety of charities, donors and other fund-raisers, primarily in the "Gulf countries and particularly in Saudi Arabia".

The investigation provided no credible evidence that any person in the United States gave the hijackers substantial financial assistance.

A part of the report read: "The available evidence indicates that the 19 operatives were funded by al Qaeda, either through wire transfers or cash provided by KSM, which they carried into the United States or deposited in foreign accounts and accessed from this country."