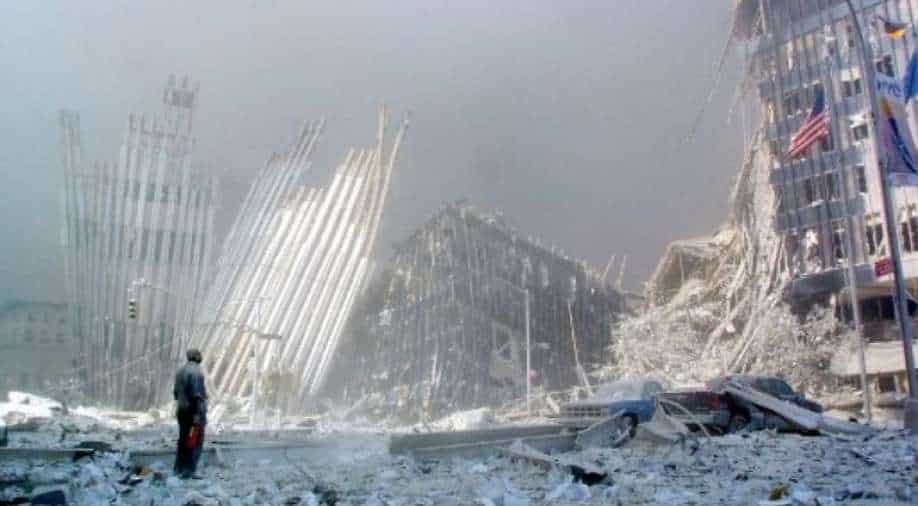 In this file photo taken on September 11, 2001, a man stands in the rubble, and calls out asking if anyone needs help, after the collapse of the first of the twin towers of the World Trade Center Tower in lower Manhattan, New York. Photograph:( AFP )

Nearly 3,000 people were killed after Al-Qaeda terrorists flew hijacked planes into the WTC towers in New York and the Pentagon in Washington and crashing another into a field in Pennsylvania.

September 11, 2001, also referred to as 9/11, was one of the darkest days in the history of the United States of America when barbaric terrorist attacks changed the political landscape of the country.

Not just the country, the entire world was shocked after watching devastating footage when two massive 110-storey towers known as the World Trade Centre (WTC) had collapsed in less than two hours after the attacks.

Nearly 3,000 people were killed after Al-Qaeda terrorists flew hijacked planes into the WTC towers in New York and the Pentagon in Washington and crashing another into a field in Pennsylvania.

The tragedies left an everlasting impact on the bereaved families and also caused health-related problems to the survivors and rescuers years after the disaster.

Researchers have documented the physical and mental health effects which have directly been linked to the disaster. One such was published in the US National Library of Medicine in 2019, which was a call for articles on "Long-Term Health Effects of the 9/11 Disaster".

After the towers collapsed, they released tons of dust, gases and debris causing health problems among persons directly exposed. The articles shed light upon the physical and mental health disorders that continue to plague thousands of people years after the tragedy and also talk about the newly identified conditions emerging as a result of prolonged disease latency.

The articles revealed that "respiratory and lung problems are among the most prevalent and highly persistent physical health problems" arising from 9/11 exposure to dust clouds from the collapsing building and the subsequent re-suspension of dust. Firefighters with high-intensity exposure on 9/11 had an increased risk of bronchial wall thickening, emphysema and air trapping.

Findings further revealed a condition known as sarcoidosis and sarcoid-like granulomatous, which is a rare autoimmune disease that can affect any organ. "Among rescue, recovery, clean-up workers, it has been previously reported as granulomatous disease involving the thoracic organs, primarily among firefighters or other rescue, recovery, or clean-up workers arriving early at the WTC site". 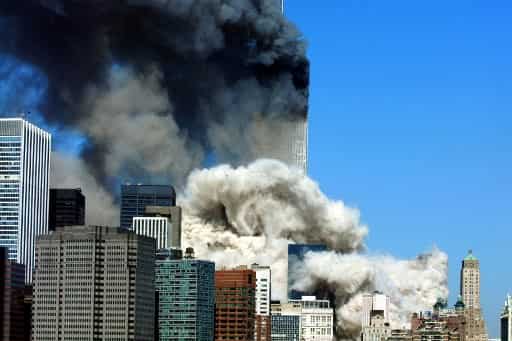 (Image: In this file photo taken on September 11, 2001, smoke billows after the first of the two towers of the World Trade Center collapses. Source: AFP)

A high prevalence of adverse mental health, especially post-traumatic stress disorder (PTSD), has also been documented among survivors of 9/11.

"Apart from functionality and physical loss, there is concern that persons exposed to 9/11 could be at greater risk of cognitive impairment, memory loss, or confusion at a faster rate than would be expected normally with age," a part of the study read.

More deaths from 9/11-linked illnesses than in attack?

More people are believed to have died from illnesses related to 9/11 than were killed on the actual day of the Al-Qaeda attacks on New York and Washington, according to a report published on Tuesday (September 7).

The September 11 Victim Compensation Fund (VCF) has received more than 67,000 claims since it reopened in 2011.

Nearly 3,900 of those claims were filed on behalf of someone who is alleged to have died of a 9/11-related illness, the VCF said in a report.

"More people are now believed to have died of 9/11-related illnesses than were lost on September 11, 2001," she said.

Nearly 50 per cent of those filing claims in recent years have cancer.