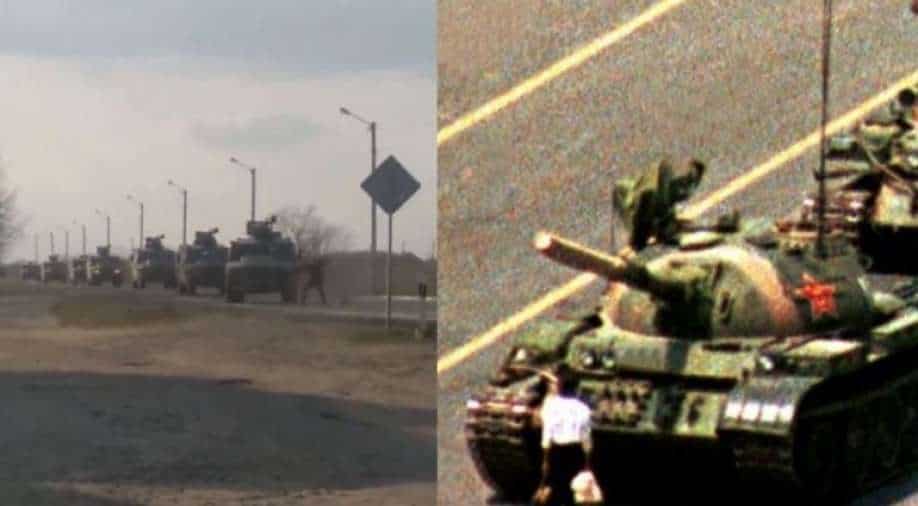 In the short 30-second video clip, the man stopped the Russian convoy for a few seconds in Ukraine.

A video of a man blocking a Russian military convoy has gone viral with many calling him the "tank man".

A short 30-second video clip shared by Ukraine's news outlets showed a man suddenly appearing before the convoy as the military vehicles were moving at top speed.

The convoy was halted by the man for a few seconds as he sought to stop the string of vehicles on the road. The vehicles then began bypassing him.

The man's heroics was immediately compared to the iconic "tank man" of Tiananmen Square during the student uprising against the Communist Party in China in 1989.

Netizens applauded the risk taken by the anonymous person as they slammed the Russian assault on Ukraine.

#Ukraine 's own "Tank Man" throws himself against an entire Russian column. pic.twitter.com/egSg8FsYlu

Ukrainian forces continued to resist the massive Russian assault for the third consecutive day on Saturday amid heavy fighting in capital Kyiv. There were reports of heavy gunfire around residential areas in Kyiv.

Also Read in Pics: Why Russia has parked Iskander-M missile system along Ukraine

The US embassy in Kyiv said that the "security situation throughout Ukraine remains highly volatile" and that "conditions may deteriorate" as heavy gunfire could be heard in the capital.

There were reports of shelling in central Kyiv with gunfire heard after dawn on Saturday near government buildings at the city centre.