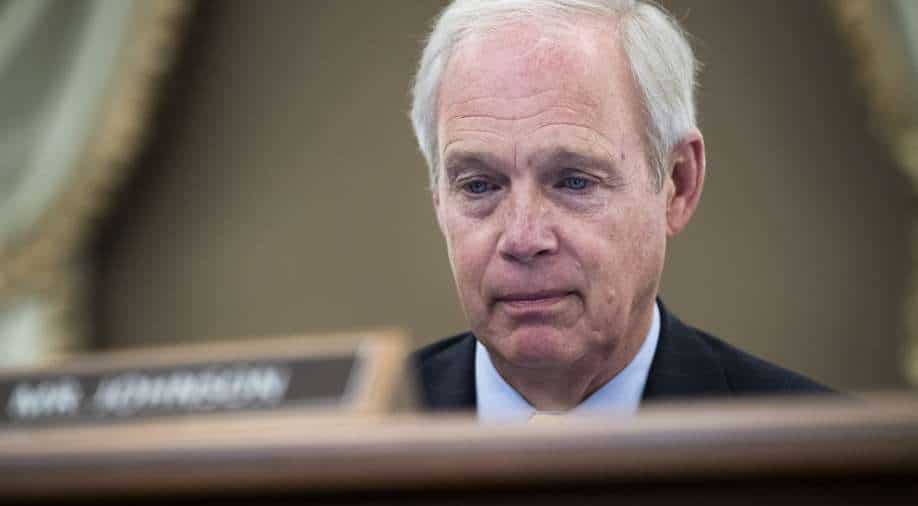 Trump loyalist and Wisconsin Republican, Sen. Ron Johnson recently claimed that a mouthwash can prevent the deadly coronavirus from spreading

In a strange incident, Trump loyalist and Wisconsin Republican, Sen. Ron Johnson recently claimed that a mouthwash can prevent the deadly coronavirus from spreading. Johnson is known for promoting debunked medical advice. Not only this but his YouTube account had also been suspended for violating its medical misinformation policies.

"By the way, standard gargle, mouthwash, has been proven to kill the coronavirus. If you get it, you may reduce viral replication. Why not try all these things?," said the Republican.

"By the way, standard gargle, mouthwash, has been proven to kill the coronavirus. If you get it, you may reduce viral replication. Why not try all these things?" pic.twitter.com/V0cdxPYc7K

According to a report by The Washington Post, experts expressed have not been so sure about his claims.

"Even if gargling kills some of the virus, it won't be able to clean the nasal area, nor the viruses that's already penetrated deeper into the body," said Kim Woo-Joo, who is an infectious-disease expert at Korea University, while speaking to the Washington Post.

Raymond Niaura from the epidemiology department at New York University said that there is no harm but one needs to make sure that it is accompanied by vaccination. "That way, one would be at reduced risk for infection and have good smelling breath," he told the Post.

However, as a response to this, Listerine, which is one of the best-known mouthwash company in the US, released an official statement saying that its products are "not intended to prevent or treat COVID-19 and should be used only as directed on the product label."

"We are aware of several ongoing, independent clinical trials where Listerine is being assessed in patients with COVID-19. However, the current available data is not sufficient to support a conclusion that the use of Listerine mouthwash is helpful against the COVID-19 virus. As a company firmly rooted in science, we are committed to advancing research in oral and public health," it further added.

This is not the first time that the Republican is making such claims. Earlier, he had promoted use of hydroxychloroquine, which is an anti-malarial drug to battle the spread of Covid. However, several studies have revealed that it is not helpful in treating the virus and could be dangerous to some users.