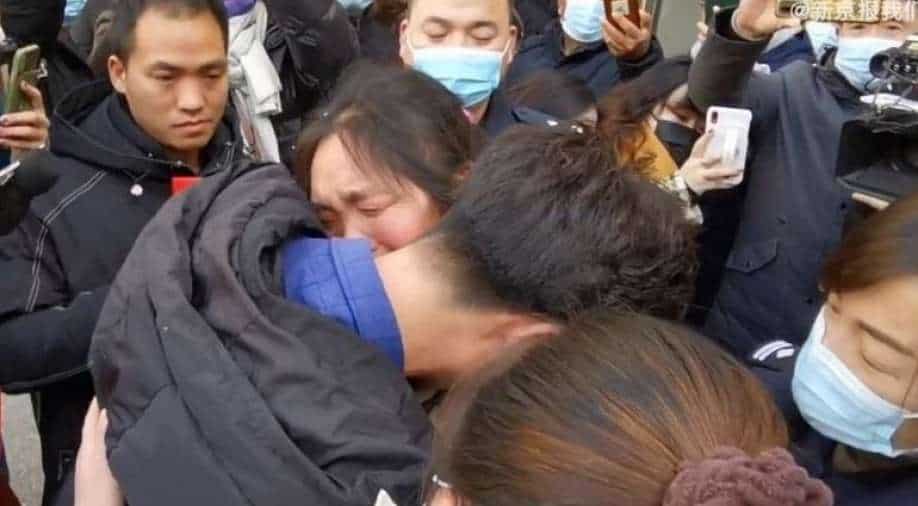 In this picture, Li Jingwei can be seen hugging his mother  Photograph:( Twitter )

Known as Li Jingwei, the man had posted the map online in a bid to find his biological mother

A Chinese man's hand-drawn map of his childhood village helped him find his mother after getting kidnapped as a boy more than 30 years ago.

Known as Li Jingwei, the man had posted the map online in a bid to find his biological mother.

The 37-year-old had been lured away from his home and sold to a child trafficking ring when he was just four years old.

Jingwei currently lives in Guangdong Province of China but had forgotten the names of his parents.

He took to Douyin, China's version of TikTok, and posted a video showing the map he had drawn from his memory. It showed features such as a school, a bamboo forest, and a small pond.

He said in the video, ''I am a man who's finding his home. I was taken to Henan by a bald neighbour around 1989. This is a map of my home area that I have drawn from memory.''

The video went viral and along with the help of authorities his hometown was identified as Zhaotong, a mountainous city in Yunnan.

The police matched it to a small village and a woman whose son had disappeared. The theory was confirmed after DNA tests.

"Thirty-three years of waiting, countless nights of yearning, and finally a map hand-drawn from memory, this is the moment of perfect release after 13 days," Jingwei wrote on his Douyin profile after the reunion with his mother.

"Thank you, everyone, who has helped me reunite with my family."