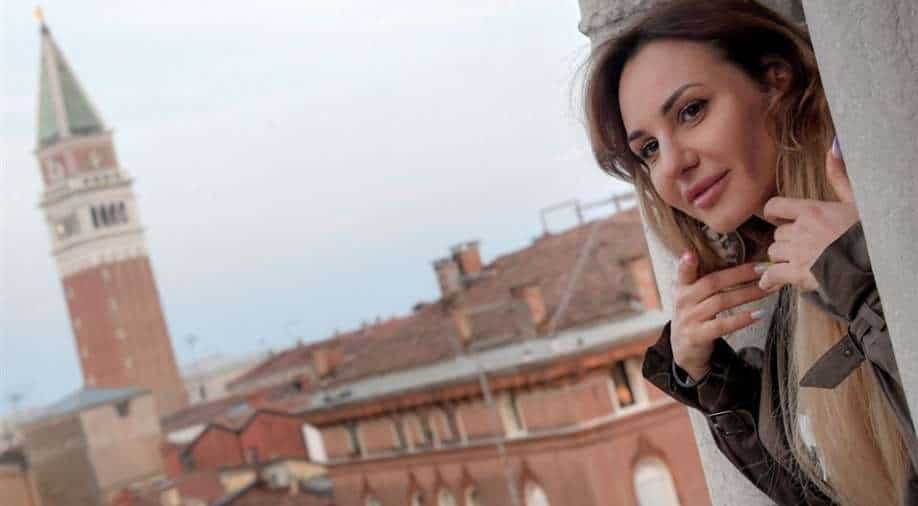 Armenian artist is auctioning one of her reproductive eggs through NFT Photograph:( Twitter )

Whoever purchases the NFT will find an embedded piece of code that will link it to a contract, promising the buyer one of the artists' eggs

In a rare incident, a 42-year-old Armenian multimedia artist, Narine Arakelian, is selling one of her reproductive eggs through an NFT. Not only this but she also expects the buyer to conceive a child with it. Her painting named Love, Hope, Live will also be auctioned off as a physical creation.

Whoever purchases the NFT will find an embedded piece of code that will link it to a contract, promising the buyer one of the artists' eggs.

The price of the NFT has not been revealed yet as the Armenian artist aims to sell it to the highest bidder.

While speaking to Page Six, the artist said, "It’s a beautiful act of creativity to give the gift of art and life. My artworks are all my children and the fact this one will actually produce a child is wonderful."

Arakelian further said that the will mean a lot to the buyer because it will bring them their child.

This is not the first time that artwork is being sold on NFT. Earlier in August, a 12-year-old boy earned about £290,000 after creating digital pictures of whales and selling tokens of their ownership.

During the school holidays, the collection of pixelated artworks called Weird Whales of the child, Benyamin Ahmed, had gone viral.

Child’s father Imran, who is a software developer, shared that the artwork is like “digital Pokémon cards”. Imran added, they had been a huge success because the collectors realised their historical significance.