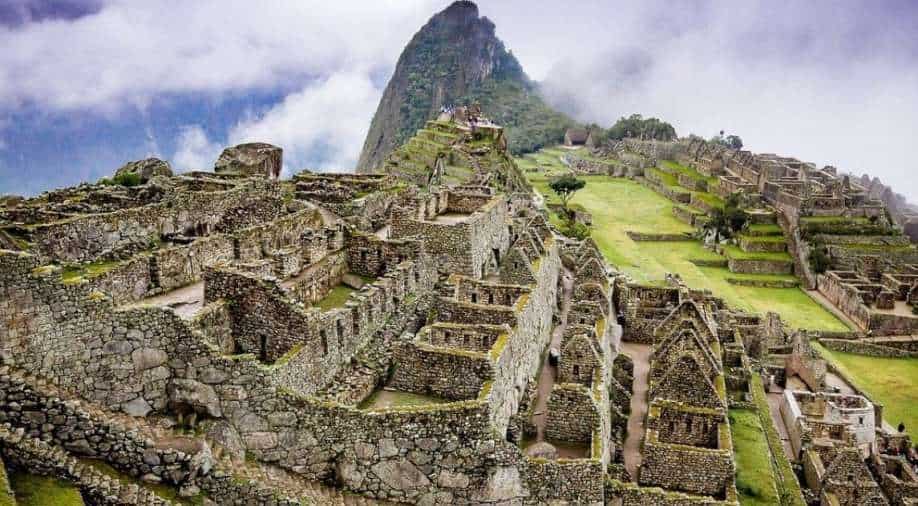 Did Incas build water systems to legitimise their domination? Photograph:( Others )

Machu Picchu, the stunning 15th-century Citadel located in the Eastern Cordillera of southern Peru is termed as one of the most significant tangible legacies of the Inca civilization.

At more than 2,400 meters above sea level, the property covers 32,592 hectares of mountain slopes, peaks and valleys around the La Ciudadela (the Citadel), mostly covered in foliage.

Experts have been working to uncover the history and mysteries of the stunning historic site. A study published in the January edition of the Journal of Archaeological Science attempts to reveal more about Machu Picchu.

As per the study, the Incas built water systems to legitimise their domination and the Machu Picchu region had one of the densest networks of water systems.

NBC reported citing the study published in the January edition of the Journal of Archaeological Science that a dozen small structures were identified less than five miles from the main remnants of Inca city, on the outskirts of a ceremonial site called Chachabamba.

The abstract of the study stated that the Chachabamba archaeological site contains a unique water complex erected and modified by the Incas.

After analysing the probe finding, it has been established that the function of this water complex was strictly ceremonial. The study is based on archaeological investigations within the ceremonial sector.

The study mentions that hydrodynamic calculations of archaeological remains have been made possible by using 3D scanning.

"Three-dimensional documentation techniques were used to produce hydrodynamic analyses of the site, which facilitated the preparation of appropriate models that are key to understanding the function of the entire water system," the study read.

As far as history is concerned, the Inca Empire was the largest empire in pre-Columbian America. It has been understood that the administrative, political and military centre of the empire was in the city of Cusco.

Whereas, the Inca civilization arose from the Peruvian highlands sometime in the early 13th century and its last stronghold was conquered in 1572 by the Spanish.