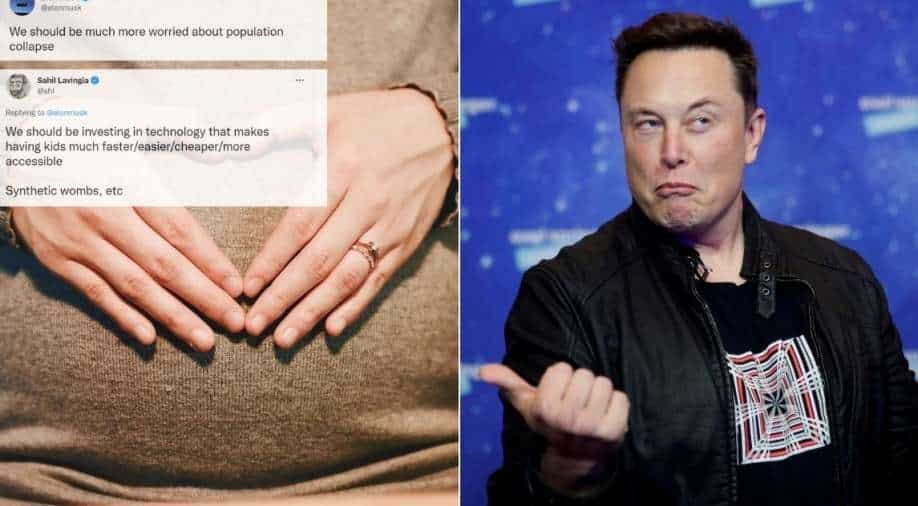 Will 'synthetic wombs' would remove the high burden of pregnancy? Photograph:( Others )

In a tweet, Musk stated that we should be "much more worried" about population collapse. Replying to that, Lavingia wrote: "We should be investing in technology that makes having kids much faster/easier/cheaper/more accessible Synthetic wombs, etc"

The chat focused on possible world population collapse and the options of creating synthetic wombs as a solution.

Musk, who has been an advocate of Mars colonisation said that if there aren’t enough people for Earth, then there definitely won't be enough for Mars.

Buterin also weighed in his valuable input saying that "synthetic wombs would remove the high burden of pregnancy, significantly reducing the inequality."

We should be much more worried about population collapse

Disparities in economic success between men and women are far larger once marriage+children enter the picture. Synthetic wombs would remove the high burden of pregnancy, significantly reducing the inequality.https://t.co/Zpin8tTlR6

What is 'artificial wombs'?

An "artificial uterus" or "artificial womb" is a device that would allow for extracorporeal pregnancy. In this process, the growth of the fetus is outside the body of an organism that would normally carry the fetus to term.

In a BBC report dated October 2019, it was reported that scientists in the Netherlands say they are within 10 years of developing an artificial womb that could save the lives of premature babies.

Experts have noted that premature birth, before 37 weeks can be a major cause of death among newborns. However, the concept of the 'artificial womb' also raised ethical questions.

In 2017, something closest to an 'artificial womb' was reported when a Philadelphia research team revealed that the prototype 'biobag' successfully supported lamb fetuses. The research found, "All emerged from the biobag healthy, having seemingly evaded common complications associated with preterm birth."