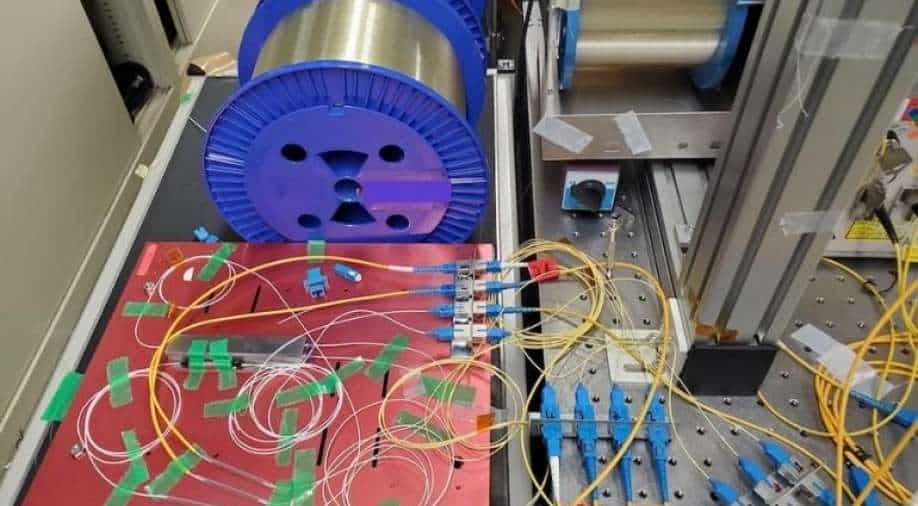 Approximately 7.6 million times faster than the average internet speed in the houses of the United States, the engineers were able to achieve a record-breaking speed of 319 terabits

Scientists in Japan have developed an optical fibre with four cores to record the world's fastest internet speed.

Approximately 7.6 million times faster than the average internet speed in the houses of the United States, the engineers were able to achieve a record-breaking speed of 319 terabits.

At this speed, almost 80,000 movies can be downloaded in just one second. Whereas, in the US, the average internet speed is 42mbps.

The experiment has been conducted by Japan's National Institute of Information and Communications Technology.

After combining the four optical fibre cables, the engineers passed fires pulses of varying amplifications and wavelengths to transmit it to a greater distance.

Researchers hope that such fibers can ''enable practical high data-rate transmission in the near-term, contributing to the realization of the backbone communications system, necessary for the spread of new communication services beyond 5G.''

Countries and companies are seeking to protect or exploit deep-sea resources, from exploring for oil and gas to installing wind farms or laying fibre-optic cables for the internet.

Russia is laying its first undersea fibre optic communications cable through the Arctic as part of a state-run project to bring high-speed internet to its remote hydrocarbon-rich north after a private-led initiative stalled.

It aims to improve patchy communications and infrastructure in its far north where it has expanded its military presence and is developing the Northern Sea Route to become a major shipping lane.