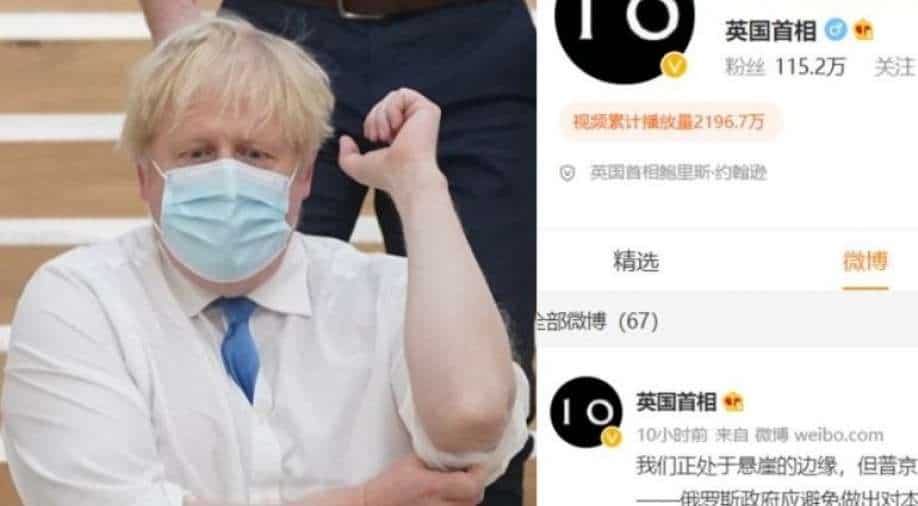 Johnson said Putin still has time to "step back". However, Chinese netizens were puzzled as some asked if Putin even had a Weibo account.

The Russian embassy in China also did not take too kindly to the post calling it "absurd".

"This statement is designed to further inflame the hysteria surrounding the so-called imminent Russian invasion of Ukraine and is absurd," the Russian embassy said while blaming NATO for the escalation of tensions.

In a phone call with United Nations Secretary-General Antonio Guterres, Johnson said there was "little evidence" of Russian troops pulling back from the border. The US said on Thursday that Russia had added 7,000 more troops along Ukraine's border.

Russia had said earlier this week that it was pulling back some troops from the border after drills with Belarus and on Wednesday it said troops were returning to the barracks after drills in Crimea.

Tensions between Russia and Ukraine has been escalating for the past few weeks as the US has warned Putin's regime is ready to launch an attack on Kyiv with over 100,000 troops deployed along the border.

Russian officials including President Putin have dismissed reports, however, the Russian president has said his troops have the right to move around anywhere inside the country's territory.