Now, China awards piglets to 'excellent students' and their families 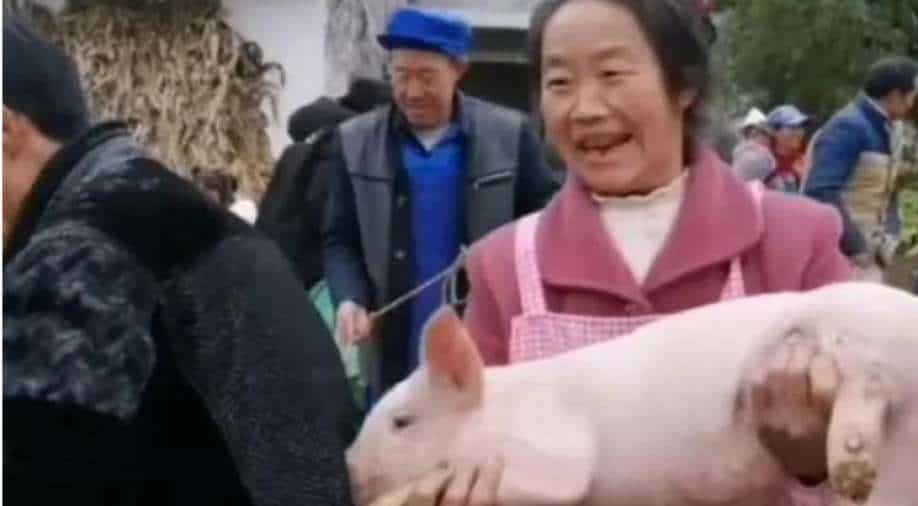 China was hit by a food crisis last year amid the coronavirus pandemic as reports said China was holding food stockpiles at record levels.

According to reports, Chinese officials in Yunnan province gave "20 excellent students" piglets in order to encourage them to take study hard and alleviate the economic condition of families.

The piglets reportedly weighed 10 to 15 kilograms. Reports claim the students belonged to an elementary school in Yiliang in Yunnan province.

The piglets were reportedly given from the state public fund in order to boost the rural economy and provide impetus towards education. The area is one of the poorest in China.

The country was hit by a food crisis last year amid the coronavirus pandemic as reports said China was holding food stockpiles at record levels. President Xi's regime had imported a record number of food grains last year which was the highest since 2016.

Reports claim import of wheat and maize soared as the country has sought to buy the products from Brazil and US. The import of pork, beef and dairy products also surged last year.

According to the United Nations, food prices stood at 30 per cent higher last year compared to 2020 as it blamed China for "hoarding" food.

Reports claim China has been unable to meet domestic demand with its consumption increasing including an increase in demand for pigs and livestock.

President Xi Jinping has repeatedly stressed food security as an important issue in China as lawmakers last year adopted food waste law as state officials got into the act to ensure there is no food wastage. Last year, several Chinese companies had also announced an increase in food prices due to rising production costs.