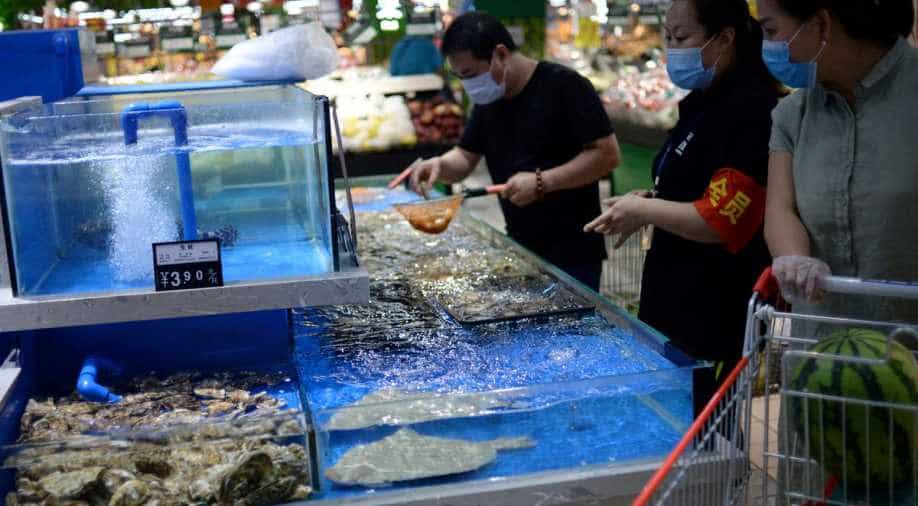 There is a shortage of pork after an outbreak of African swine fever. Reports say pork prices in China soared 135 per cent in February this year.

Chinese President Xi Jinping had made an appeal earlier this year for citizens to clean their plates.

The statement kicked off a campaign to conserve food leading many to believe that China is witnessing a shortage. Months after Xi Jinping's appeal, China has launched a global hunt for grains.

Xi Jinping's list of problems keeps growing. It began with the Wuhan virus that led to record unemployment, poverty, economic slowdown and a global backlash. Now, China could be struggling to ensure it has enough food for every citizen.

Earlier this year, Xi Jinping appealed to all Chinese citizens to clean their plates and as if on cue, the Chinese state media began a campaign. Citizens were encouraged to order less while restaurants rewarded those who wiped their plates clean.

In August, restaurants in Chinese cities were rewarding customers to clean their plates with coupons and cash rebates. upmarket hotels like the Marriot trimmed their buffets by taking off dishes from the menus. The price of a buffet at the Sheraton in Ningbo -went down to $22 per person because of the reduced food options.

China undertook the campaign amid fears that it may not have enough fresh food to go around with several food items reportedly in short supply.

There is a shortage of pork after an outbreak of African swine fever. Reports say pork prices in China soared 135 per cent in February this year. Corn could be in short supply too. Reports say this year's corn crop has been ruined by floods with supplies of eggs, seafood and green vegetables affected.

The Chinese state media denies all claims of a food crisis but, Beijing is reaching out to suppliers. It is on a global hunt for supplies. China's imports of barley, corn, sorghum and wheat have jumped by more than 83 per cent. There could reportedly be a shortfall of 20 to 30 million tonnes of grain this season. Beijing could be trying to fill the gap with imports. Buyers have already locked in 17 million tonnes of corn for 2020-21.

China does waste an awful amount of food back in 2015 the Chinese academy of sciences estimated that 17 to 18 million tonnes of food was wasted in China that should be enough to feed a country about the size of South Korea.

China is now the world's largest agricultural importer. It is now banking on the same imports to tackle a looming food crisis.

The United Nations predicts the world is facing a food crisis that hasn't been seen in at least 50 years. China seems to be in the middle of such a crisis and it now could be buying up every grain that is available in the global market.