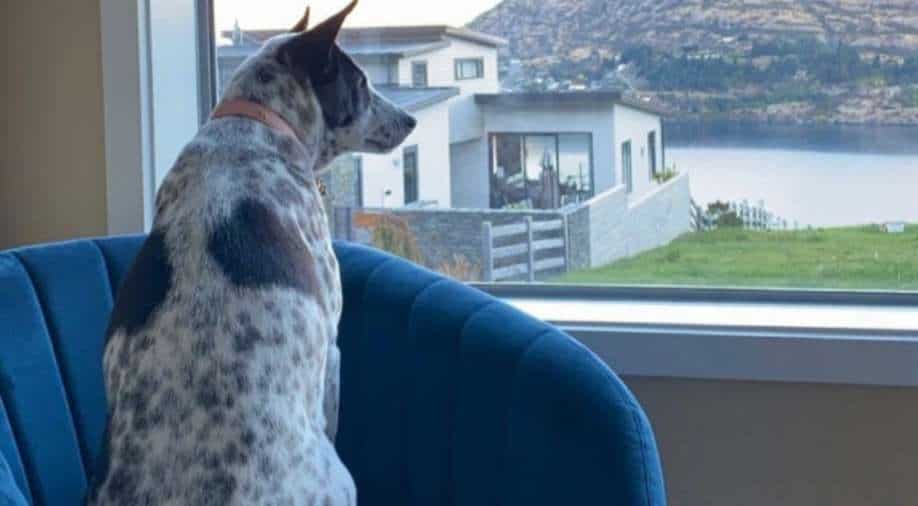 The couple is also hoping to split the costs by recruiting passengers, offering to foot half of the jet bill while selling four remaining seats

It's the holiday season! And everyone wishes to be with their loved ones and enjoy the merriment from Christmas celebrations to the New Year. The same goes with an Australian couple, who is ready to spend tens of thousands of dollars on a private jet costing approximately US$32,000 to fly their pet dog home from New Zealand.

The story of Munchkin, a former Bali street dog is nothing short of a Hollywood movie. The journey started over five years ago when Sunshine Coast-based woman Natasha Corbin laid her eyes on the pooch when she was living in Bali with her fiancé David Daynes, as reported by ABC.

ALSO READ | World's 'wealthiest' dog is selling a luxurious Miami mansion, which was once owned by Madonna - see pictures

"When we decided to move to Bali, my partner had one rule for me because I'm such a dog lover and that was that I wasn't allowed to interact with any dog," Corbin said as quoted by ABC News.

"I just ignored all of the dogs as best as I could and this dog, Munchkin, she was just a little tiny puppy, would follow us around because she had just somehow ended up near our villa," she added.

Corbin further mentioned that the canine spent three years in Singapore with various foster families after failing medical tests to enter Australia, which has strict rules around importing pets.

She explained that the reason why the couple was in New Zealand in 2019, as she said that they wanted to get the pet dog cleared to come to Australia. But Corbin eventually returned home alone for medical reasons. Meanwhile, Daynes waited for the green light from Australia.

ALSO READ | Now, dogs can call their owners for a chat anytime

After a five-month separation, Corbin is all set to take a drastic step as she is planning to hire a private jet to bring her fiancé and Munchkin home before Christmas as some flights operating between New Zealand's South Island and airports near the Sunshine Coast have been disrupted due to travel restriction due to COVID-19.

"The money part is not the number one driver, it's about who can most certainly get them home before Christmas. Christmas is a really big deal for us... I just want us all to be together," she told AFP.

"We stopped counting about three years ago when it got to Aus$40,000. We didn't ever at the start of this process expect that it would cost this much or take this long. We expected it to be Aus$10,000 and six weeks," she said.

"She's our family now and so I wouldn't change it for the world. I love her so much and she's such an amazing little creature," the owner added.

The couple is also hoping to split the costs by recruiting passengers, offering to foot half of the jet bill while selling four remaining seats to other travellers, or perhaps hitching a ride on another private charter.

The entire process has cost so much money that Corbin has christened the dog "Million Dollar Munchkin" on social media.