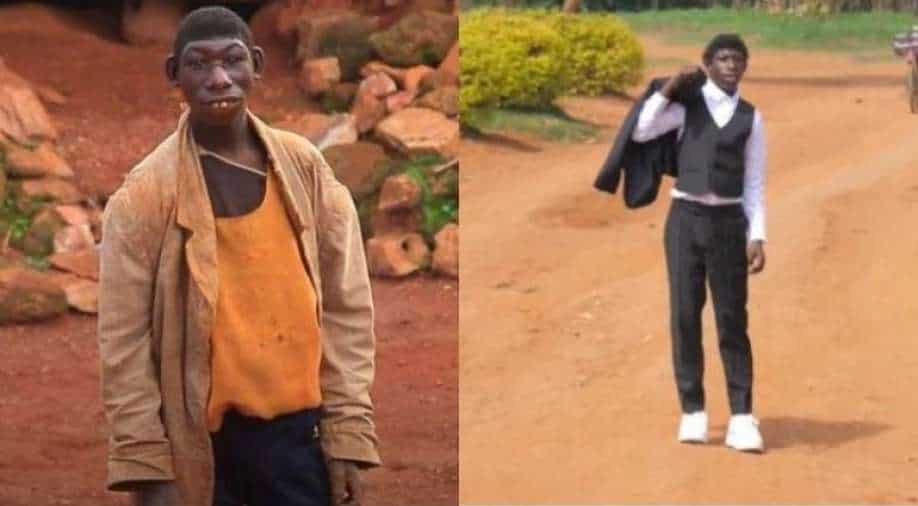 Ellie has become quite the local celebrity in his village after the documentary aired and is often stopped by people on the streets who want to take pictures with him. Photograph:( Twitter )

A documentary film that was made last year on Zanziman Ellie who suffers from 'microcephaly' has helped bring about a lot of change in the attitude of the public towards the 21-year-old.

Zanziman Ellie, dubbed the "real-life Mowgli," who was ostracised by his village and spent years of his childhood in the forest, now wears a suit every day and attends a local school.

Ellie escaped Rwanda to live in the woods, and his tale became well-known after Afrimax TV published a video about his life on YouTube in February of last year.

He was born in 1999 and was almost immediately rejected by his society due to his physical appearance, which is influenced by his ailment, microcephaly, which causes a baby's head to be substantially smaller than usual at birth.

He was also refused access to school because he lacked the mental capacity to pay attention in class.

However, according to reports, donations have enabled him to attend a special needs school.

Following the programme, Afrimax TV established a GoFundMe website, where money poured in from fans all over the world trying to assist Ellie and his mother start a new life.

The funds were used to send Ellie to a special needs school at the Ubumwe Community Center in Gisenyi, Rwanda, according to the news site Atinkanews.

Most mispronounced words of 2021 include Eilish and Omicron