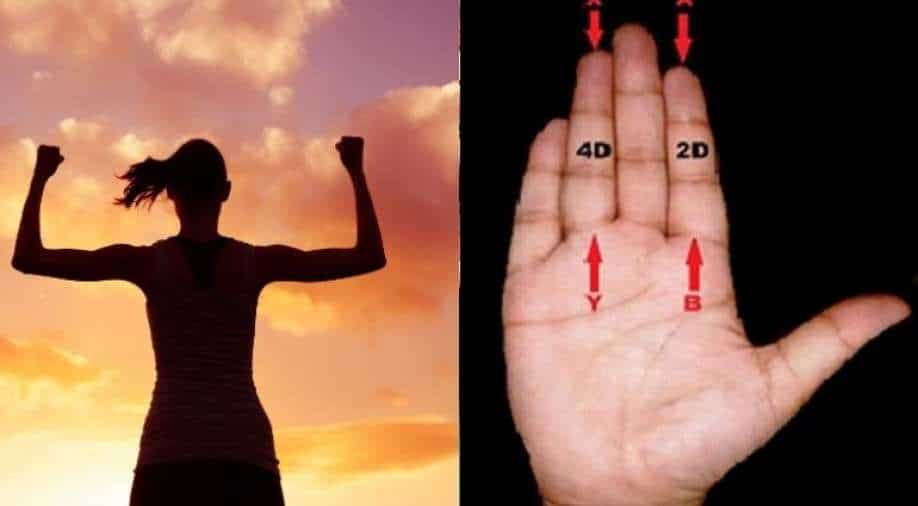 Scientists can identify whether you are likely to be weak or a woman with a strong physique by comparing your index and ring fingers.

According to a new study, women with an index finger that is shorter than their ring finger are likely to be stronger.

Researchers looked at people's 2D:4D digit ratios (the length difference between the index and ring fingers) and how it relates to muscle strength.

A lower 2D:4D digit ratio (in which the index finger is shorter than the ring finger) is already assumed to imply increased testosterone exposure in the womb.

Researchers from the University of Vienna's Department of Evolutionary Anthropology conducted the new study, which was published in Proceedings of the Royal Society B.

They argue that while the 2D:4D ratio has been connected to male strength, the link with female strength has proven equivocal.

The 2D:4D finger length ratio: It's the ratio of your index (2nd) and ring (4th) finger lengths, commonly known as the 2D:4D ratio.

What is the 2D:4D finger length ratio, and how does it work?

It's calculated by dividing the lengths of the ring and index fingers.

A lower 2D:4D digit ratio is thought to imply more testosterone exposure while in the womb, and so masculinity.

A larger 2D:4D digit ratio, on the other hand, is thought to signify less testosterone exposure in the womb, and so femininity.