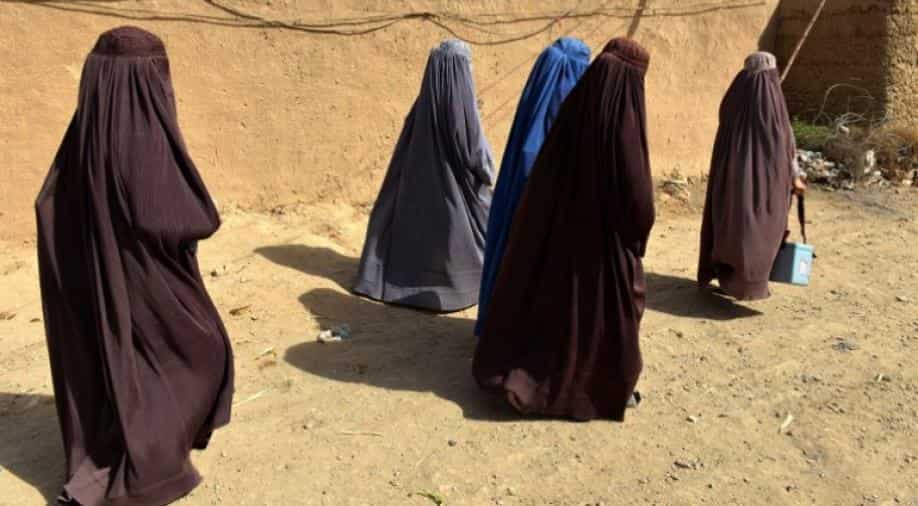 In the video being shared on social media platform, Twitter, an Afghan girl is seen crying on camera as she claims that she was brutally beaten for denying sex with a Taliban commander

When Taliban took to power, they assured the world that this time their reign will be different from the older times. The group claimed that women will have more freedom, safety and rights. However, actions have not been able to match their words, till now.

As per a new accusation, an Afghan girl was brutally beaten by a Taliban commander because she refused when he demanded sex from her.

The girl also showed alleged bruises of her body in a video posted on social media, which went viral. The incident reportedly took place in Herat, as per the local reports and the video.

An Afghan girl in Herat was severely beaten after a Taliban commander Sibghat demanded sex from her. Taliban continue to terrorise Afghans and women continue to suffer the most under the terrorists. The world does not seem to care. pic.twitter.com/RUyhvuKYTy

In the video being shared on Twitter the girl is seen crying on camera as she claims she was physically abused. She then showed marks of what appears to be the thrashing on her back, legs and other body parts.

However, Taliban rubbished these accusations and claimed that the incident had nothing to do with their commander. The ministry of interior affairs of Afghanistan also produced a boy and a girl who claimed that there had been some confusion and the Taliban commander was not involved in this episode.

Some people, however, believe that the girl seen in the viral video and the one produced by Taliban were different. The woman brought forward by Taliban looks unharmed, giving rise to suspicions that the two girls are different.

This accusation comes at a time when women have been fighting for their safety, freedom and rights under the new Taliban rule. Local girls and women have been fighting for their right to study, even though Taliban claim that nearly 75 per cent of girl students are not back in local schools. The statement was made by Taliban's acting foreign minister Amir Khan Muttaqi while he was speaking at the Centre for Afghanistan, the Middle East and Africa (CAMEA) in Pakistan's Islamabad on Friday.