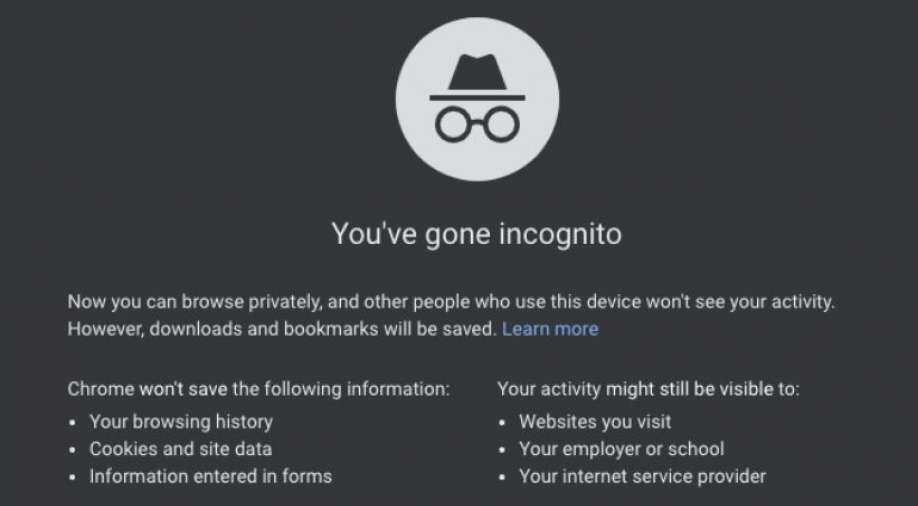 If you think the 'incognito' mode in your Google browser is a safe place to search, you might want to close all the tabs.

It has been revealed that Google secretly scoops out users' data, even in the incognito mode, defying the basic idea of this model.

This was revealed in a lawsuit against Google's parent organisation, Alphabet Inc., by a few consumers who alleged that even if they turn off the option of data collection in Google Chrome, other Google tools still end up collecting personal information and activities of the users.

Following this case, Alphabet Inc. had filed a request to throw out the case, however, the request was denied by a federal judge.

"The court concludes that Google did not notify users that Google engages in the alleged data collection while the user is in private browsing mode," California District Judge Lucy Koh in San Jose's ruling read.

These allegations have been denied by Google. "We strongly dispute these claims and we will defend ourselves vigorously against them,"  Google spokesperson Jose Castaneda said in an emailed statement. "Incognito mode in Chrome gives you the choice to browse the internet without your activity being saved to your browser or device. As we clearly state each time you open a new incognito tab, websites might be able to collect information about your browsing activity during your session."

The complaint was filed by three users of Google who alleged that Google continues a "pervasive data tracking business" even in incognito mode.

However, Google has also issued a clarification stating that the incognito mode is not a synonym of invisible.

"Google also makes clear that ‘Incognito’ does not mean ‘invisible,’ and that the user’s activity during that session may be visible to websites they visit, and any third-party analytics or ads services the visited websites use," Google said.