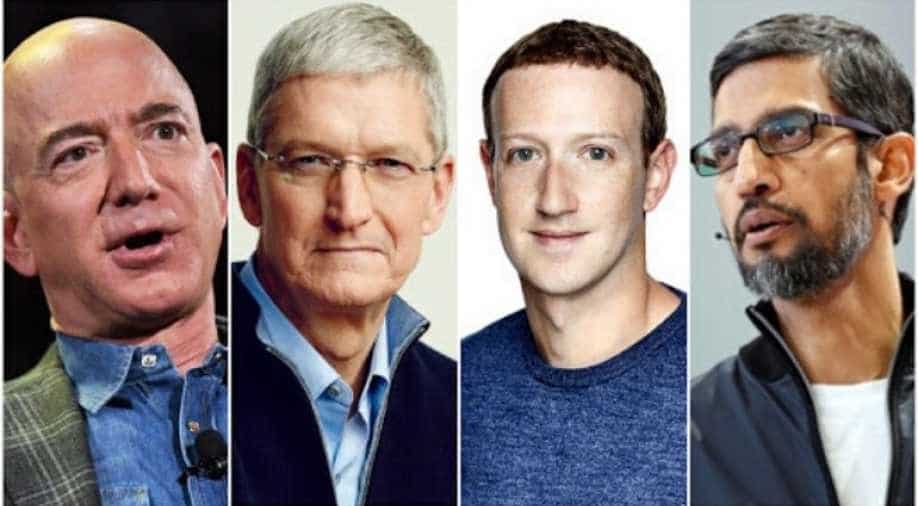 Apple, Amazon, Alphabet, Facebook and Microsoft are the five biggest technology companies according to market value.

Tim Cook, Jeff Bezos, Mark Zuckerberg and Sundar Pichai will testify before the House committee in Congress over anti-trust issues in July.

The CEOs of the four biggest technological companies will be questioned regarding their increasing market power, revenue and prominence amid escalating scrutiny from lawmakers according to Shadawn Reddick-Smith, a spokesman for the House Judiciary Committee.

It has not yet been decide whether the executives will appear in person or virtually due to the coronavirus pandemic.

The questions about other issues the executives are also likely to face include Amazon's treatment of its warehouse workers or the spread of hate speech on Facebook and YouTube.

All four companies are being investigated by state or federal departments over an array of issues. While, the Justice Department Prosecutors are preparing a possible antitrust case against Google this year, after an inquiry homed in on its control of advertising technology and the search engine market.

Meanwhile, Amazon's business and Facebook's acquisition of smaller companies are being investigated by the Federal Trade Commission.

Apple, Amazon, Alphabet, Facebook and Microsoft are the five biggest technology companies according to market value.