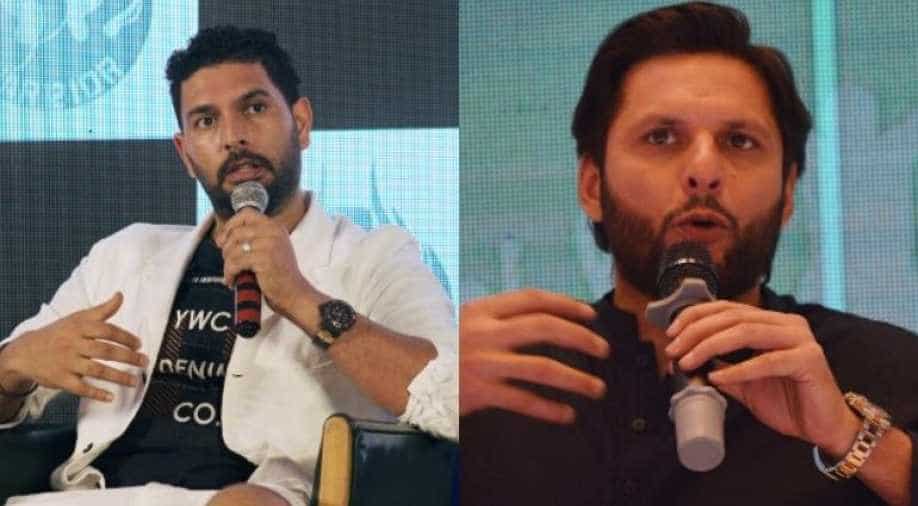 The two teams have not played a bilateral series since 2013, and the last time they played a Test match was back in 2008.

India and Pakistan share a troubled political relationship. India-Pakistan fixtures during the ICC tournaments are highly anticipated but both neighbours haven't played a home series since 2013, and the last time they played a Test match was back in 2008.

Last time the arch-rivals played a match against each other was in the 2019 ICC cricket World Cup clash, where India handed a thumping defeat to Pakistan.

According to former Pakistan all-rounder Shahid Afridi it is "bigger than Ashes". Yuvraj Singh has been keen to see more India Pakistan clashes in the future. Yuvraj has been a part of the Indian team during its bilateral Pakistan series in 2004, 2006, and 2008.

Afridi feels that political interference in the Indo-Pak match fixtures will ruin the beauty of the game. Both all-rounders have quit international cricket but are a part of T20 leagues around the world. Yuvraj was recently a part of the big appeal in the 'Bushfire Cricket Bash'. He played for Gilchrist XI. The match raised $7.7 million to the victims of bushfires in Australia.

Earlier this year, Pakistan Cricket Board threatened to boycott 2021 ICC T20 World Cup which will take place in India, if the Men in Blue skip this year Asia Cup to be held in Pakistan.