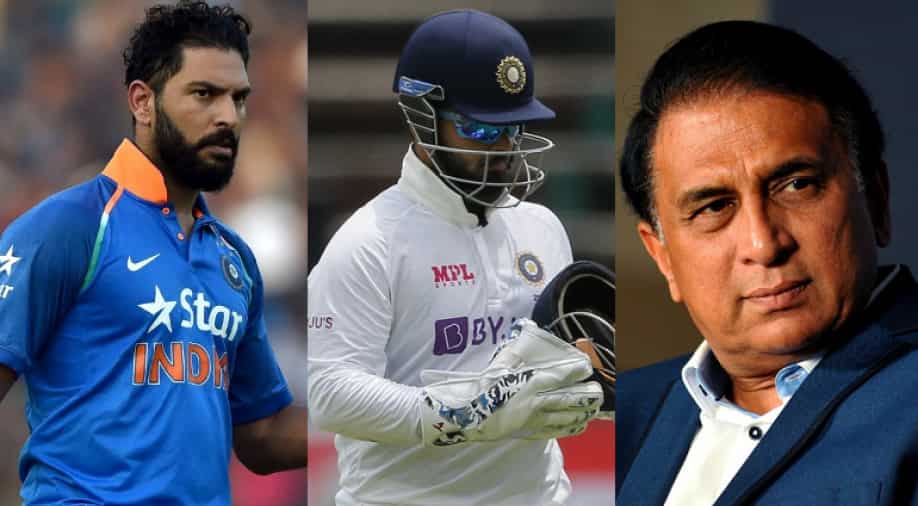 Former India all-rounder Yuvraj Singh recently gave his take on Sunil Gavaskar backing Rishabh Pant to take over as the new Test captain of the Indian cricket team after Virat Kohli. Kohli stepped down as the Test captain of the Indian team on Saturday (January 15) following the side's 2-1 defeat in the recently-concluded three-match Test series against South Africa.

Kohli-led India came close to winning their maiden Test series in South Africa when they got the better of the Proteas comfortably in the series-opener in Centurion. However, they lost the next two matches in a row to concede the series 2-1 and were denied a historic series win on South Africa soil.

A day after India's seven-wicket defeat in the third Test in Cape Town, Kohli dropped the captaincy bomb on social media and announced he will no more be leading the Indian team in the longest format. Following Kohli's resignation, the legendary Gavaskar suggested Pant could be an ideal candidate to take over as the new captain in Tests as he is a regular across all formats and has been consistent in the whites for Team India.

"If you ask me, I am still staying, I would look at Rishabh Pant as the next India captain,” Gavaskar had been quoted as saying by India Today. Reacting to the batting legend's comments, Yuvraj also echoed similar sentiments and backed Pant to replace Kohli as the new captain of the Indian Test side.

"Absolutely! Reads the game well behind the stumps," Yuvraj wrote in a tweet, extending his backing for Pant as the new leader in Tests for India.

Also Read: Not Rohit or Rahul! Gavaskar names player who should replace Virat Kohli as India's next Test captain

As per reports, Rohit Sharma is the leading contender to take over as the new captain of the Test team having already been appointed as the skipper in limited-over formats. KL Rahul is likely to be his deputy across all three formats as the Indian team prepares for a new era under head coach Rahul Dravid.