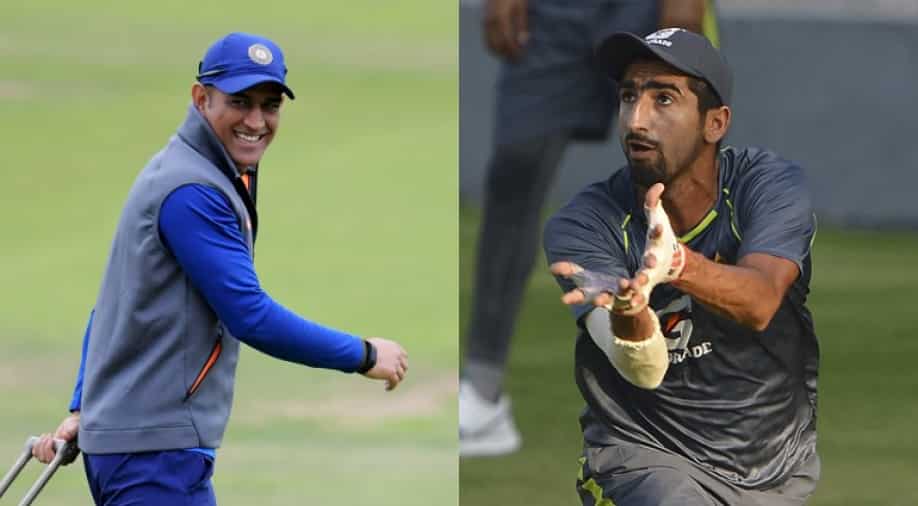 Young Pakistan pacer Shahnawaz Dahani was left in awe as he met MS Dhoni during his team's training session in Dubai ahead of the meeting between India and Pakistan on October 24.

Ahead of the high-profile India-Pakistan clash at the T20 World Cup 2021, the excitement levels of cricket fans across the globe are at an all-time high. The arch-rivals will be locking horns for the first time since the 2019 ODI World Cup where India had thrashed Pakistan. India have never lost a World Cup game against Pakistan and will be looking to keep their winning streak intact on Sunday (October 24).

Ahead of the much-awaited clash between India and Pakistan at the Dubai International Stadium in Dubai, young Pakistani pacer Shahnawaz Dahani was seen meeting legend MS Dhoni at the stadium during his team's training session on Saturday (October 22). Dahani was excited and in complete awe as he had a small conversation with Dhoni.

The clip of the incident was shared by a Pakistani journalist on Twitter. It has since gone viral on the internet and has been loved by fans of both India and Pakistan.

One of the greatest Indian captains of all time, Dhoni is admired by thousands of young cricketers around the globe. He is the only captain to have won all three major ICC trophies and remains an inspiration for many even after retiring from international cricket last year.

Besides being a successful captain, Dhoni is also one of the best wicket-keeper batters of all time in international cricket with over 10,000 runs in ODIs and a total of 829 dismissals to his name across formats. He is admired and loved by cricketers from several different countries apart from India.

The India legend is in the UAE as a mentor for Team India for the T20 World Cup 2021. He will be looking to help Virat Kohli & Co. get off to a winning start against Pakistan on Sunday and go the distance in the showpiece event to clinch glory.