'Would love to be the first to score 1,000 runs in single IPL season': Robin Uthappa 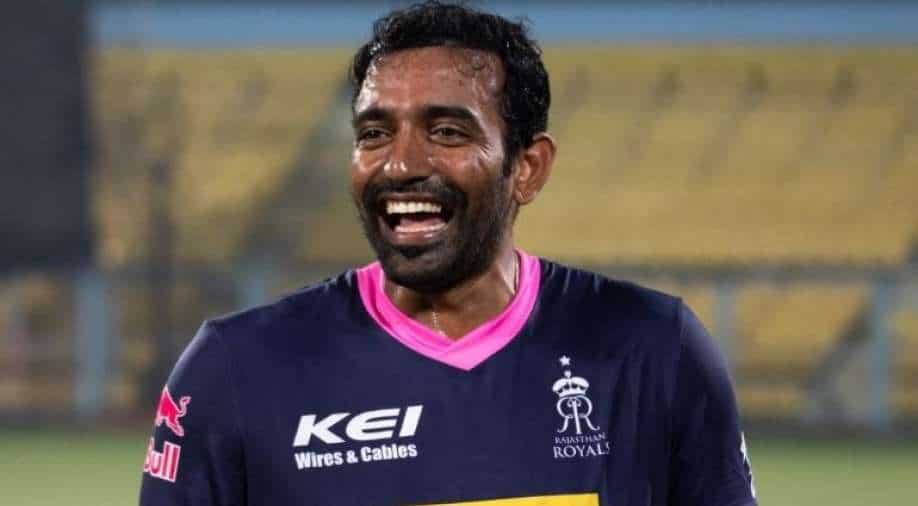 This is a file photo of Robin Uthappa. Photograph:( Twitter )

Uthappa went on to say that he is looking to score big against Mumbai Indians as they were a "formidable side".

Chennai Super Kings' Robin Uthappa is all set for the upcoming Indian Premier League and expressed his desire to become the first cricketer to smash a thousand runs in one season of the cash-rich T20 league.

Uthappa was traded to Chennai Super Kings from Rajasthan Royals and is excited to leave a mark in the 14th edition of the Indian Premier League.

"My personal goal will be to contribute to as many victories as possible, win at least a handful of games for my time. I would love to be the first guy to score 1,000 runs in a single IPL season," Robin Uthappa told ESPNcricinfo.

Uthappa went on to say that he is looking to score big against Mumbai Indians as they were a "formidable side".

"Mumbai Indians will be the team I will be looking to play against. They are a formidable side and beating them will send a message across the board," he said.

He went on to add that he is learning a lot about biomechanics and is also doing a coaching course at the National Cricket Academy in Bengaluru.

"I am learning a lot about batting biomechanics, something I am truly understanding about and I am actually doing a coaching course at the moment with the NCA."

Chennai Super Kings will open their IPL campaign against Delhi Capitals on April 10 at the Wankhede Stadium, Mumbai.