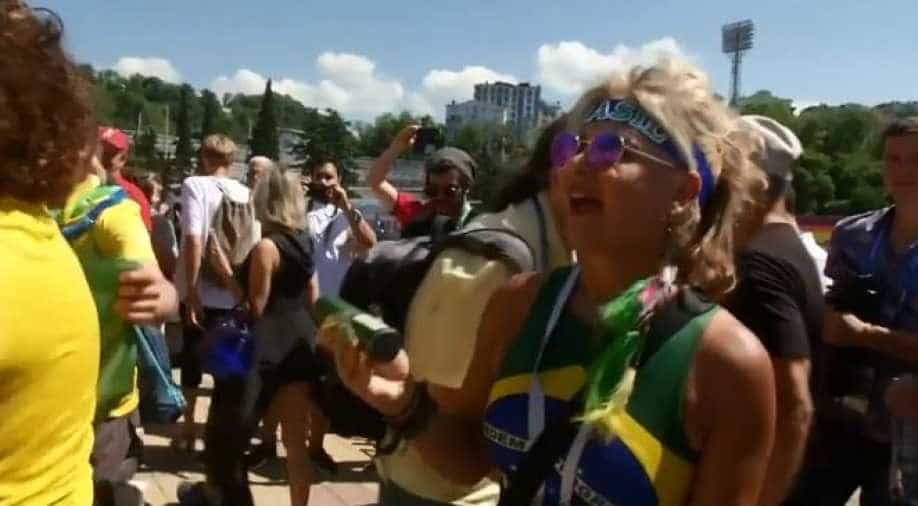 Defender Thiago Silva believes Brazil restored some pride in the famous shirt after a 1-0 friendly win over Germany in Berlin allowed his team to put their 2014 World Cup mauling behind them.

"It was a matter of pride, after all that has been written and said," said Silva, who was suspended for the 7-1 rout in Belo Horizonte nearly four years ago.

"This jersey deserves a little more respect. That's why I'm overjoyed about winning against a big opponent."

The friendly victory gained a measure of revenge for five-time world champions Brazil, whose coach Tite had admitted are still haunted by the thrashing in the semi-finals of the last World Cup.

The 56-year-old, nicknamed 'The Professor', said his side had learnt the lesson and showed cool heads in chilly Berlin.

"You media has spoken a lot about this (7-1) result, the reality that it is over -- we simply played well here and we won," said Tite.

"We had no anger or hatred, you can't play well with emotions like that.

"We weren't trying to rebuild lost pride, we just wanted to put in a good performance.

"There are positive things to take from the game and the result, but we made a few mistakes, we gave away some possession and we lacked some width in our game."

Tite said he was pleased to see Brazil earn wins over Russia and now Germany in the last week without injured star forward Neymar.

"We are learning to play well without Neymar and that is part of our strength," said the Brazil boss.

Defending world champions Germany are now winless in their last four games after draws against England, France and Spain.

"We have lost the game, but we can live with it as we have four or five points which we need to intensively work on," said Germany head coach Joachim Loew.

"It was to be expected that Brazil, with their injured soul, played their best team and were highly motivated.

"It wasn't our day. We made too many mistakes, which allowed Brazil to grow in strength and confidence.

"We had a few young players, who will learn from this, but in addition, the body language was not right from some players."

There was some relief for Loew after Germany captain Jerome Boateng twisted ankle ligaments and had to come off in the second half.

"I don't think it's so bad and that nothing is torn," revealed Loew.

The Germany boss made seven changes from the team which started the 1-1 draw with Spain last Friday and included just two World Cup-winners.

Kroos felt some fringe players had blown their chance at a place in Germany's World Cup squad.

"There were a few players who had the chance to show what they could do, but didn't take it -- that's annoying," said the Real Madrid midfielder.

"We saw today that we aren't as good as we are made out to be and as some players believe.

"There is a lot of room for improvement."