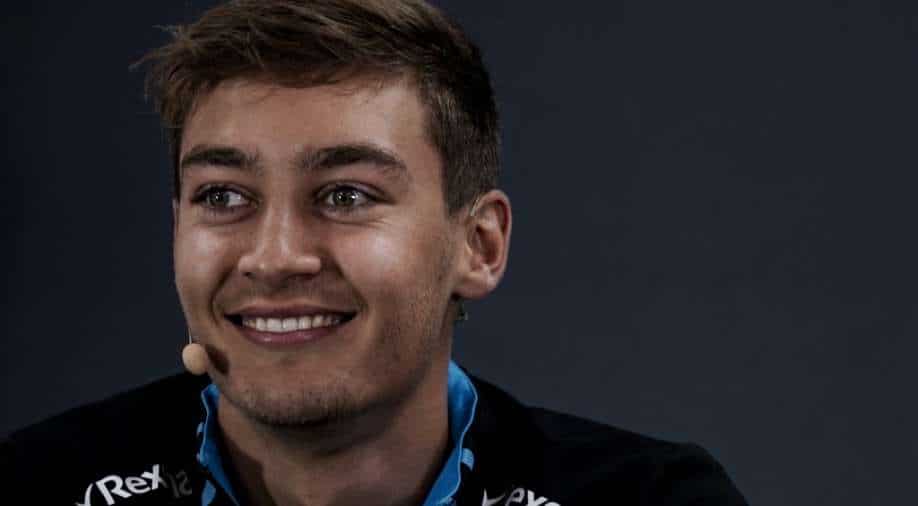 Bottas made to 'look like a fool' by Mercedes stand-in Russell Photograph:( AFP )

Mercedes on Wednesday announced that seven-time world champion Lewis Hamilton, who tested positive for COVID-19, will be replaced by George Russell of Williams at Formula One’s Sakhir Grand Prix in Bahrain.

Mercedes on Wednesday announced that seven-time world champion Lewis Hamilton, who tested positive for COVID-19, will be replaced by George Russell of Williams at Formula One’s Sakhir Grand Prix in Bahrain.

Williams reserve Jack Aitken is set to replace Russell at Williams this weekend and will join Nicholas Latifi. Hence, Russell will become just the third Briton to represent Mercedes in Formula One after Stirling Moss and Lewis Hamilton.

It's official ✍️😉 @GeorgeRussell63 will replace Lewis this weekend in Sakhir 👊

"Firstly, I want to say a huge thank you to everybody at Williams for giving me this opportunity," said Russell.

"I might be wearing a different race suit this weekend, but I'm a Williams driver and I'll be cheering my team on every step of the way."

"A big thank you also to Mercedes for putting their faith in me," added Russell.

Very few people are lucky enough to drive for an @F1 team each year. I'm about to get the chance to drive for two.

Unbelievably grateful to @WilliamsRacing and @MercedesAMGF1 for this opportunity.

"Obviously, nobody can replace Lewis, but I'll give my all for the team in his absence from the moment I step in the car.

"Most importantly, I wish him a speedy recovery. I'm really looking forward to the opportunity and can't wait to get out on track this week."

Russell has been part of the Mercedes-Benz junior programme since 2017 and won the GP3 Series championship as a rookie. He achieved the feat again in Formula 2 in 2018 and will now get a golden chance to drive the Formula One world championship-winning car alongside star driver Valtteri Bottas in the penultimate race of the 2020 season.

Mercedes further said that they would announce the next race weekend driver plans for the season finale at Abu Dhabi a week later.

Hamilton is undergoing self-isolation after suffering mild symptoms of COVID-19 and faces a fight to be able to compete in Abu Dhabi due to the strict COVID-19 rules. All the personnel must travel from Bahrain on December 7 to be able to take part in the race.

Earlier, Hamilton sealed his seventh world title in Turkey two races ago to equal the all-time record of Michael Schumacher.