'Will be catastrophic for Indian football': Skipper Sunil Chhetri on potential FIFA ban on Team India 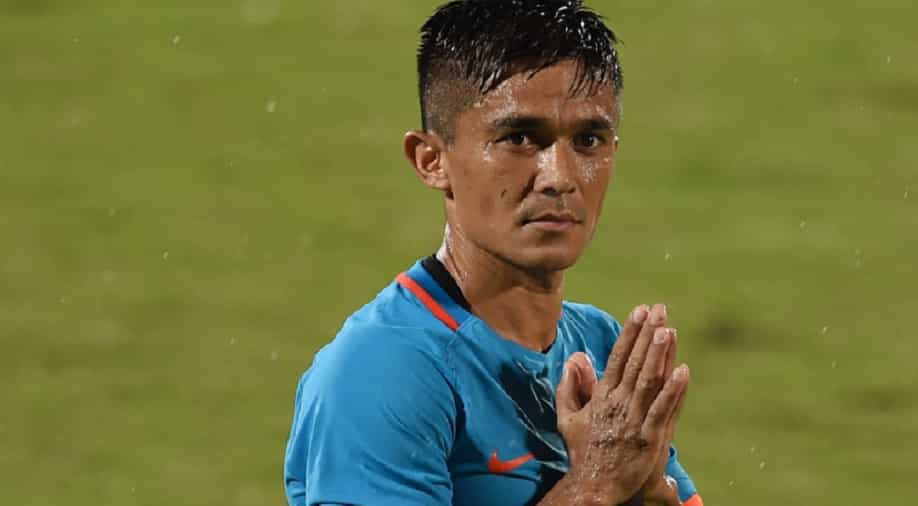 Sunil Chhetri feels a ban from FIFA will be catastrophic for Indian football. Photograph:( AFP )

Indian football team captain Sunil Chhetri believes a ban from FIFA will be catastrophic for Indian football. Chhetri said it will be disastrous not just for the whole country but also for him as he is in the final lap of his career and would like to finish on a high. Team India faces a potential ban from FIFA after the Supreme Court of India ousted Praful Patel as the president of the All India Football Federation (AIFF) recently.

Patel, a member of the FIFA council, was ousted by the Supreme Court after he didn't call for fresh elections at AIFF despite completing three four-year terms as president. He was not eligible for another term, as per the National Sports Code. The Supreme Court appointed a Committee of Administrators (CoA) to run the board after ousting Patel and his team.

The Indian team can now be banned by FIFA for alleged interference in governance and Chhetri believes such a move can prove to be disastrous for Indian football. 37-year-old Chettri, who believes he is playing his final few games for the country, said he hopes India can avoid the ban.

"I hope everything will come out as good for the sport and the country does not get a ban," Chhetri told reporters ahead of the Asian Cup Qualifiers in Kolkata.

"The ban will be catastrophic not just for the whole country but for me, because I'm 37. You never know when there's the last game for you," he added.

One of India's most decorated footballers of all time, Chhetri has been the country's saviour on the football pitch for a number of years now. He has arguably been one of the finest strikers to have played for the Blue Tigers and is currently among the top active goalscorers in international football.

However, Chhetri has hinted on several occasions that he is likely to hang up his boots soon and will take a call on his illustrious career. Chhetri responded to the speculations over his retirement and said - "Right now, I'm enjoying my game. The day I don't, I'll be done, I can't give you a number when."

FIFA - football's governing body has a zero-tolerance policy towards any external management of member associations. FIFA is strictly against any government interference in running the sport in a country. In the past, FIFA has banned several countries for a few years due to the government's interference in the independent running of the football federations.

India might face the wrath of the FIFA as the AIFF is not working independently anymore and is being run by a Committee of Administrators appointed by the Supreme Court of India.