Why are India complaining now? Saeed Ajmal reacts as his wounds from 2011 World Cup comes alive 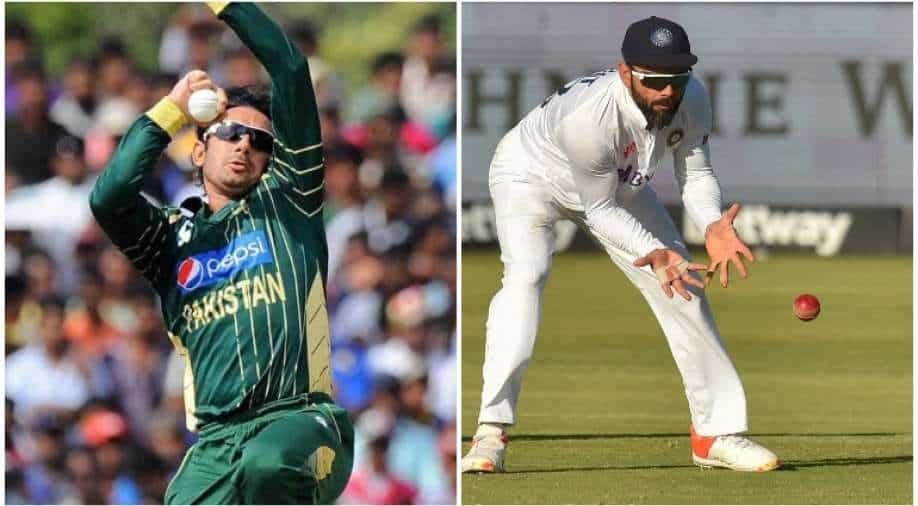 Following the whole DRS controversy, many former cricketers and experts of the game have slammed Kohli & Co. for their approach and comments following Dean Elgar lbw decision being overturned. Former Pakistan spinner Saeed Ajmal also joined the bandwagon and lashed out at Team India.

Day 3 of the Cape Town Test between India and South Africa saw Proteas skipper Dean Elgar survive a close DRS call during his side's 212-run chase towards the end of day's proceedings, on Thursday (January 13). For the unversed, the Proteas captain was given out by the on-field umpire, Marais Erasmus, after being trapped plumb in front off R Ashwin's bowling. However, the left-hander took the decision upstairs. While the replays showed that the ball had hit the left-hander below the knee, the hawk-eye displayed that the ball was going over the stumps.

Thus, it led to Elgar getting a reprieve as Virat Kohli-led Indian team showed their frustration and even blamed the host broadcaster, SuperSport, for doing things favouring the home side in the riveting series. "Focus on your team as well and not just the opposition,” said Kohli as the 33-year-old walked up to the stump mic whereas the likes of Ashwin and Rahul expressed their displeasure over the ball-tracking system as well by not mincing their words.

Following the whole DRS controversy, many former cricketers and experts of the game have slammed Kohli & Co. for their approach and comments following Dean Elgar lbw decision being overturned. Former Pakistan spinner Saeed Ajmal also joined the bandwagon and lashed out at Team India.

“I have seen Dean Elgar’s review many times. Seeing him, no one can say that the ball is going over the stump. It is clear that the ball is hitting his knees and he is out. But why is Team India raising questions? In the 2011 World Cup, when Sachin Tendulkar’s decision on my ball was reversed, then India had said that DRS is a reliable and accurate technique. Then why are they now saying that DRS technology is not reliable and correct. Simply because the verdict went against you,” Ajmal said. He, thus, recalled the controversial DRS decision which led to Tendulkar surviving a close lbw call off his bowling during the marquee 2011 ODI WC semi-final between India and Pakistan in Mohali.

“There was no point in not giving Sachin Tendulkar out even on my ball in the 2011 World Cup. In 2011, my ball was not missing the stump in the same way as Ashwin was not doing against Elgar in Cape Town,” he added.