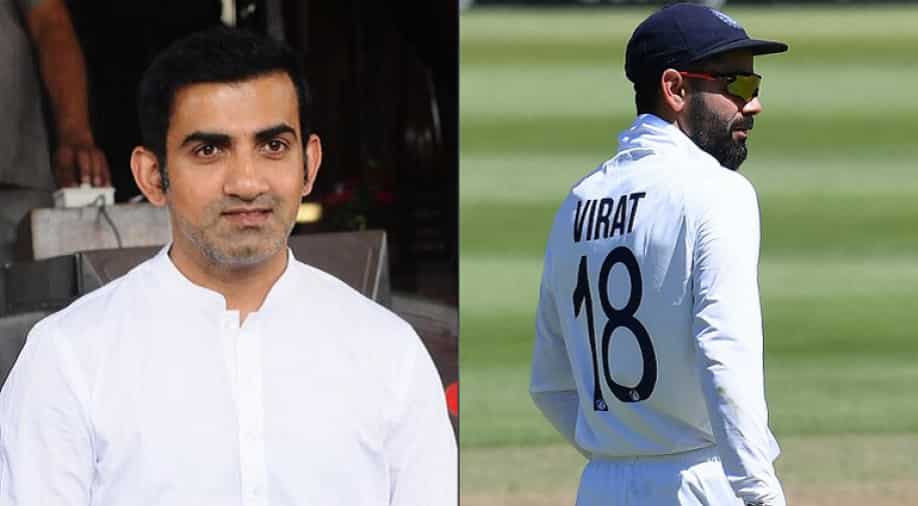 Former India opener Gautam Gambhir has slammed Indian skipper Virat Kohli for his outburst on the stump-mic during Dy 3 of the ongoing third Test between India and South Africa in Cape Town.

India's Test captain Virat Kohli remains a livewire on the field when leading his side. He rarely shies away from getting into the nerves of the opposition and likes to give it back. Kohli was absolutely furious after a controversial DRS call went in South Africa's favour during Day 3 of the ongoing third Test between the two sides in Cape Town on Thursday.

Kohli lost his cool and directed a brutal dig towards the host broadcaster (SuperSport) after South Africa skipper Dean Elgar survived an LBW call. R Ashwin had trapped Elgar plumb and the ball hit him below his knee, however, the DRS hawk-eye predicted the ball to be going over the stumps.

Kohli along with the likes of Ashwin and KL Rahul aimed jibes at the host broadcaster after the decision saw Elgar survive. Many have criticised Kohli and the other Indian players for going overboard with their reaction, including former India opener Gautam Gambhir. Gambhir slammed Kohli for setting the wrong example with his behaviour.

Calling the Indian skipper 'immature', Gambhir said with such actions, Kohli can never become an idol for youngsters across the nation. “Kohli is very immature. It's worst for an Indian captain to say like this in stumps. By doing this you will never be an idol to youngsters," Gambhir said on Star Sports.

“In the first innings, you got a 50-50 call on caught behind then you were silent and in Mayank appeal too. I think Dravid will talk to him on this topic,” he added.

Kohli was visibly upset after Elgar's dismissal was overturned by the DRS before he walked up to the stumps to vent out his frustration. "Focus on your team while they shine the ball. Not just the opposition. Trying to catch people all the time,” he was heard saying on the stump-mic taking a dig at the official broadcaster.

Reaction on Stump mic after Dean Elgar's LBW was overturned:

Ashwin - you should find better ways to win, Supersport.

Kohli - Focus on your team as well. Trying to catch people all the time.

Elgar had been initially ruled out by the on-field umpire but he decided to review the LBW call and managed to survive, thanks to the hawk-eye. Elgar was dismissed by Jasprit Bumrah later in the day after scoring 30 runs off 96 balls to take South Africa in a comfortable position in the game.

In pursuit of the target of 212 runs, South Africa were 101/2 at stumps on Day 3 and need just 111 runs to win the game with two days to play. A win will see South Africa clinch the three-match Test series 2-1.