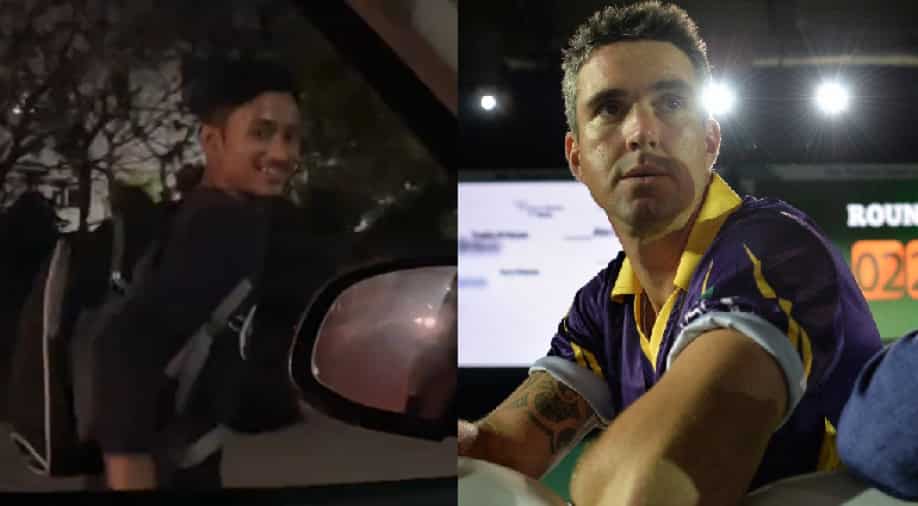 A 19-year-old Indian Army aspirant has become the darling of the nation after a video of him running on the streets of Noida went viral on social media on Monday (March 21). In the video shared by Indian filmmaker Vinod Kapri, the young man can be seen running towards his home after work.

There are no shorts cuts to success. The hard work put in by an individual and the determination towards achieving the goal is what often separates them from others and helps them realise their dreams. The 19-year-old Pradeep Mehra, who aspires to join the Indian Army one day, is ensuring he is putting the hard yards to in order to fulfil his dream.

In the video shared by Kapri, Pradeep can be seen running relentlessly as he hopes to reach his home soon and cook a meal for himself and his brother. The video was shot by the filmmaker after Pradeep ran past his car. Kapri offered to drop Pradeep home but the young man, who works at a McDonald's in Noida, politely refused his offer to ensure his training routine is not compromised.

When asked why did he have to run ten kilometres every day from his workplace to home, Pradeep said he was preparing to join the Indian Army. The 19-year-old's dedication and unwavering resolve has left many in awe on social media, including former England cricket team captain Kevin Pietersen and former India spinner Harbhajan Singh.

Lauding Pradeep for his hard work and dedication towards his dreams, Pietersen took to Twitter to share his video and wrote - "This will make your Monday morning! What A Guy."

This will make your Monday morning! What A Guy! https://t.co/RLknfAsCKE

Harbhajan called Pradeep a winner and termed the video 'pure gold'. "Champions are made like this .. whether on sports field or anything they do in life .. He will be a winner thank you vinod for sharing this .. yes PURE GOLD," Harbhajan wrote.

champions are made like this .. whether on sports field or anything they do in life .. He will be a winner thank you vinod for sharing this .. yes PURE GOLD https://t.co/2tzc28nbNu

Also Read: MS Dhoni no longer the finisher he once was, has to bat up the order for CSK, says ex-India cricketer

Pradeep's sheer determination towards his goals and his relentless pursuit of the same has managed to floor millions across the nation. Celebrities from all walks of life have hailed the 19-year-old as an inspiration after coming across the video shared by Kapri.

When asked about the reason for him to run during the night, Pradeep can be heard telling Kapri that he has to cook food in the morning before leaving for work which leaves him with little or no time to complete his training.  Pradeep has won the hearts of many on social media and his video is likely to inspire people to follow their dreams no matter what life throws at them.