Watch: Messi storms out of stadium as Spain hammers Argentina 6-1 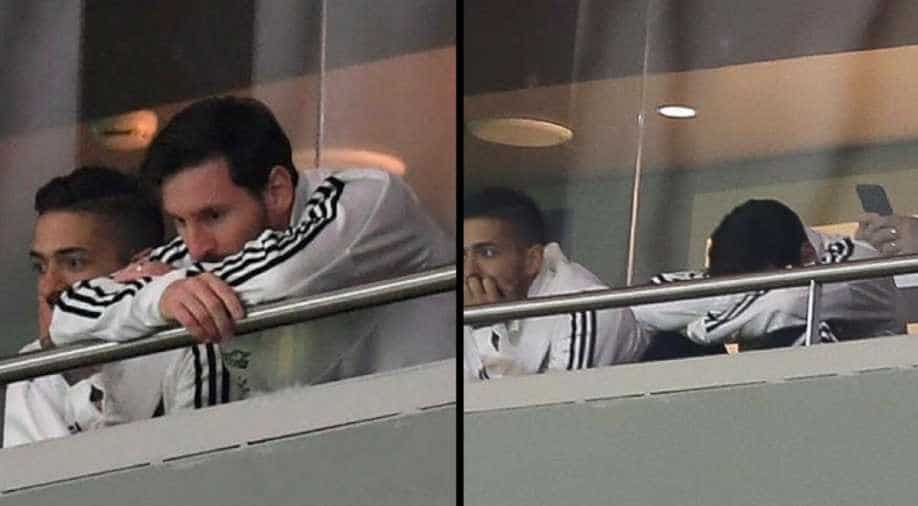 Messi is currently suffering from a muscle injury and was not there in the squad list of a warm-up match against Spain in which Argentina suffered an embarrassing 6-1 defeat.

Though the Argentine striker was watching the game from the stands for as long as he could, but with 10 minutes remaining he had seen enough and left the stands with dejection.

Messi after watching Argentina get battered 6-1 by Spain ? pic.twitter.com/pXX3y5g8Wi

Cameras captured the injured captain leaving his seat, presumably to head for the dressing room to console his distraught teammates, but the image was symbolic as his hapless team was humiliated 6-1 by a rampaging Spain side.