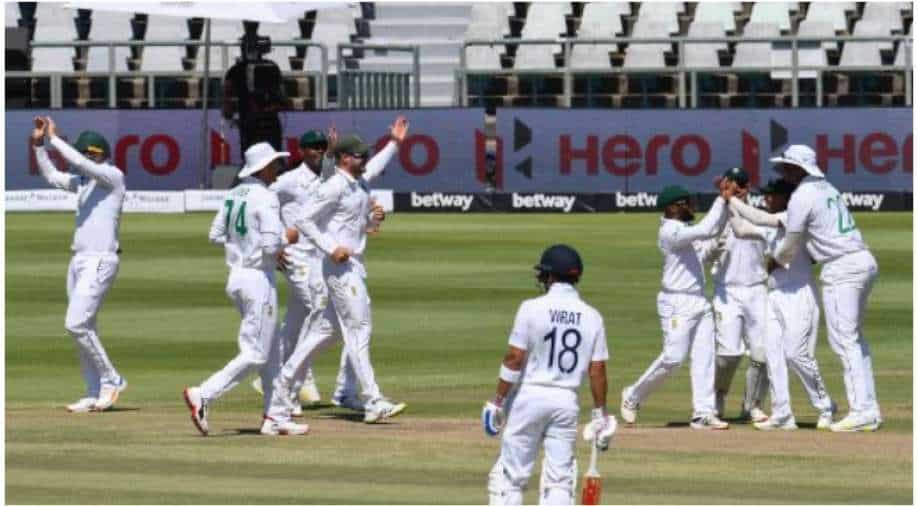 In the first over of Day 3, Keegan Petersen took a blinder to dismiss Cheteshwar Pujara in the final Test in Cape Town. Here's the video:

India and South Africa's third and final Test is moving ahead at a rapid pace. After managing only 223 in the first innings, Virat Kohli-led Indian team staged a stunning recovery on Day 2, on Wednesday (January 12), to dismiss SA for 210 and take a slender 13-run lead. At stumps, India were 57-2, with an overall lead of 70.

In the opening over of the third day's play, on Thursday (January 13), Dean Elgar-led Proteas were off to a brilliant start. Having a leg-slip for Cheteshwar Pujara, Marco Jansen dropped it short as Pujara feathered it down before Petersen produced a blinder to take a one-handed stunner.

The video of the dismissal was shared by Cricket South Africa's (CSA) official Twitter handle. The caption read, "Keegan Petersen with a magnificent catch on the second ball of the day."

After Pujara's dismissal, India also lost former vice-captain Ajinkya Rahane for cheap. The veteran batter's forgettable run continued as he fell for a 9-ball 1. Following the dismissals of Pujara and Rahane, India have made progress with Captain Virat Kohli and wicketkeeper-batsman Rishabh Pant's unbroken fifty-plus stand for the fifth-wicket before lunch being taken in the middle on Day 3.