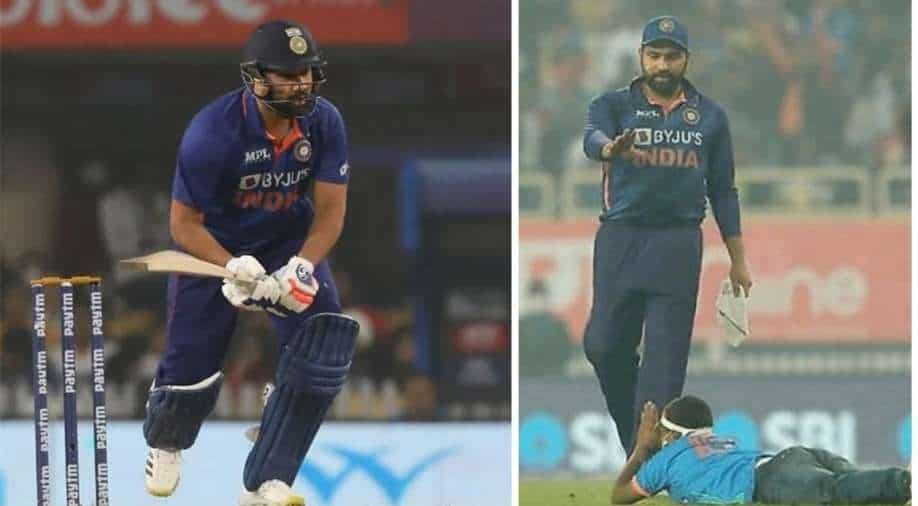 India look forward to pressing the reset button and moving on from the below-average performance at the recently-concluded ICC Men's T20 World Cup 2021, where India failed to reach the last four.

The Men In Blue, in the brand new T20 leadership of Rohit and under the guidance of newly-appointed head coach Rahul Dravid, produced an all-around performance in the first two matches.

IN PICS | From 'John' the bookmaker to Paine's sexting: Controversies that have tainted Australian cricket since 1981

There were several high points from a cricket perspective, but apart from that, returning of fans to stadiums remains one of the biggest highlights. Fans have returned and also the fun as a pitch invading incident grabbed attention during the second T20I.

The incident happened when the Indian team was fielding. A fan came running towards Rohit Sharma at the JSCA International Stadium after breaching the security barrier. He was trying to touch Rohit's feet.

ALSO READ | David Warner's redemption tale is one for the ages

During the match, a superb bowling performance by debutant Harshal Patel (2/25) and spinners Ravichandran Ashwin (1/19), Axar Patel (1/26) helped India restrict New Zealand to 153/6 in 20 overs. Glenn Phillips (34 off 21) was the top-scorer for the Black Caps, who didn't get the momentum after the Powerplay.

In reply, fantastic fifties by KL Rahul (65 off 49) and Rohit Sharma (55 off 36) helped India chase the target quite comfortably in 17.2 overs. Venkatesh Iyer (12) and Rishabh Pant (12) also chipped in with some valuable contributions while Tim Southee (3/13) was the most successful bowler for Kiwis.