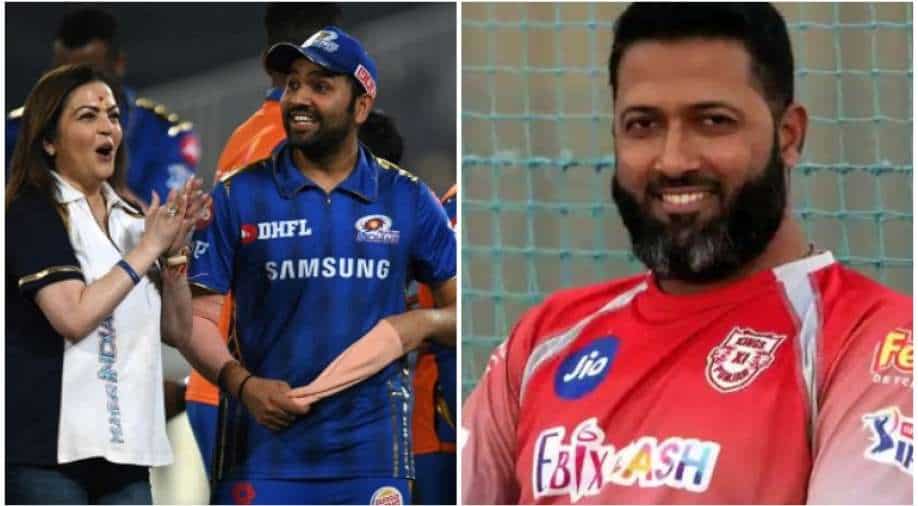 Former Indian opener and PBKS batting coach Wasim Jaffer has hilariously trolled Rohit Sharma-led MI ahead of their SRH clash, where they face an improbable task to enter the playoffs.

However, MI are still not completely out of the playoffs race. Nonetheless, they have an improbable task ahead of themselves to thrash SRH by a huge margin and topple KKR to take the fourth spot. The equation is nearly impossible for the defending champions and five-time winners as they need to beat SRH by 170 runs, or more, and cannot qualify further if they bat second.

Hence, the toss itself can end MI's campaign, who are currently at the sixth position, if they are made to bat second. Thus, Punjab Kings' (PBKS) batting coach Wasim Jaffer took a cue from Bollywood's iconic movie (Aamir Khan and Salman Khan-starrer Andaz Apna Apna) to troll MI. Here's what he wrote and posted on his official Instagram handle:

Even if MI bat first, they will need to pile up a huge total and bundle out SRH for a very low score. Thus, it seems that MI are look set to play their last match in IPL 14. While they can certainly match KKR's points tally (14) with a win over SRH and end at the fifth position, over PBKS, it will need a miracle for them to enter the next round.