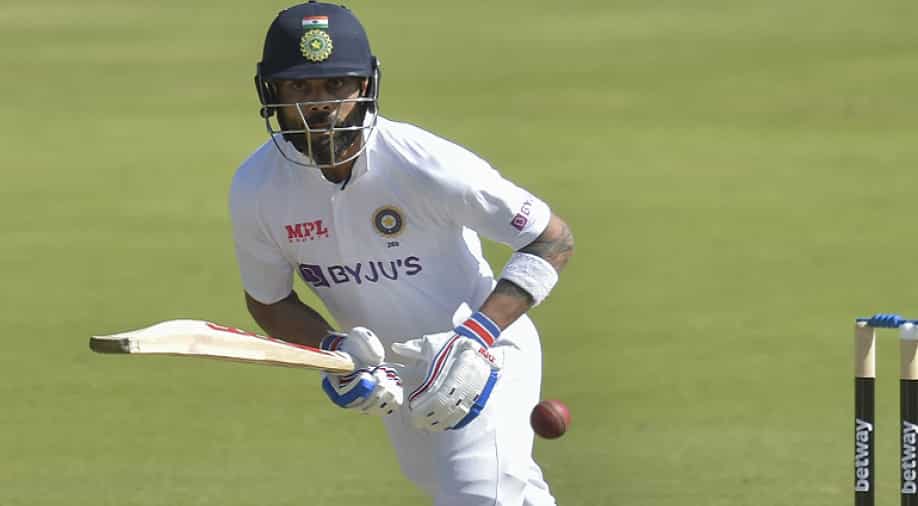 Former India pacer Ashish Nehra feels Virat Kohli would have been left disappointed by the way he got dismissed during India's first innings of the 1st Test against South Africa in Centurion on Sunday.

Indian Test captain Virat Kohli had another disappointing outing in the team's first innings of the ongoing first Test against South Africa in Centurion. The two sides are currently locking horns in the Boxing Day Test which got underway from Sunday (December 26). Opting to bat first after winning the toss, India were off to a brilliant start in their first innings.

Openers KL Rahul and Mayank Agarwal combined to post a 117-run stand for the first wicket to get India off to a flyer in the series-opener. While Agarwal was dismissed on 60, Rahul went on to slam an unbeaten 122 off 248 balls to help the visitors post 272/3 at stumps on Day 1.

Kohli, who came out to bat no.3, looked in decent touch as he played the South African pacers really well while also playing some stunning shots. However, he once again failed to convert his good start into a big score and ended up making a costly mistake against Lungi Ngidi. In the 69th over, Ngidi bowled one way outside off and Kohli ended up going after the ball.

He could have left the ball comfortably but edged one to Wiaan Mulder, who was standing at slips and took a comfortable catch. Kohli departed after scoring 35 runs off 94 balls and disappointment was quite evident on his face as he returned back to the dressing room after his innings was cut short.

Former India pacer Ashish Neha gave his take on Kohli's dismissal and said the Indian skipper must not be happy with the way he got dismissed. Nehra reckoned it was a great chance for the Indian skipper to score big and get close to ending his long-standing century drought in international cricket.

“You expect runs from someone like Kohli. He would be unhappy with his performance. But if you look at the stats, Kohli has scored runs in the previous away series in England conditions. He has the hunger to score hundreds and double hundreds and he would be a bit unhappy with himself today,” Nehra said on Cricbuzz.

Also Read: Head coach Dravid gives a pat on Pujara's back to uplift his spirits after golden duck - WATCH

Nehra feels Kohli's poor form of late is a bit concerning for the Indian team as the skipper has been throwing away his wickets more often than not. Nehra insisted Kohli should have left the delivery on which he was caught at slips against Ngidi during India's first innings.

“Looking at the way he’s been dismissed, it’s a bit of concern. South Africa bowlers made Kohli play a loose shot and this has been a problem lately. Kohli has been giving his wickets to bowlers. Looking at today’s dismissal, we understand how Kohli has been out facing swinging deliveries aimed around the fourth stump. In such cases, you need the batter to leave those deliveries.. we saw that from KL Rahul today,” said the former India pacer.

Indian batters couldn't continue their domination on Day 2 of the Boxing Day Test in Centurion as the play was called off without a ball being bowled due to heavy rain. India will resume their first innings from 272/3 on Day 3.