Virat Kohli should not be removed from captaincy, he needs better coach, says Shoaib Akhtar 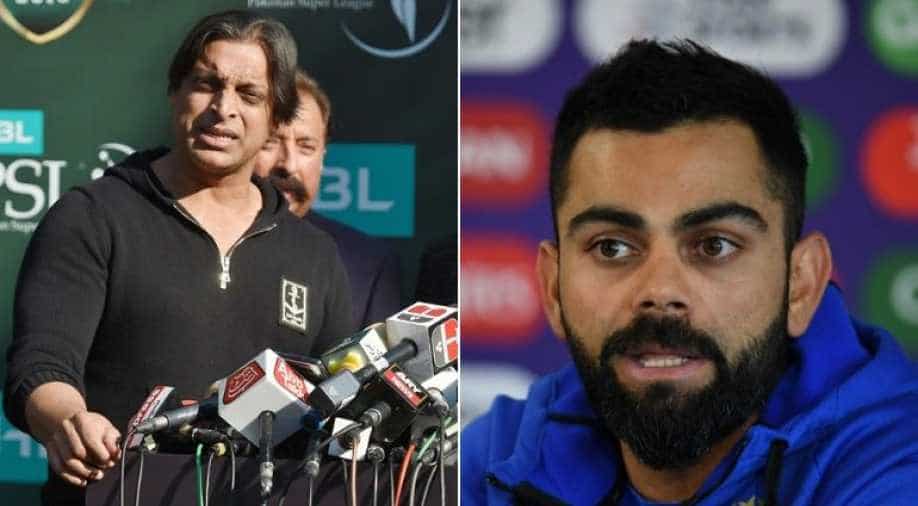 After Rohit Sharma unfollowed Kohli and his wife Anushka Sharma on Instagram, rumours started pouring in about rift between both the batsmen

Former Pakistani fast bowler Shoaib Akhtar believes that Virat Kohli should continue as India's captain and said that it will be foolish to remove him from the position.

After Rohit Sharma — India's vice-captain — unfollowed Kohli and his wife Anushka Sharma on Instagram, rumours started pouring in about rift between both the batsmen.

"I think Kohli should not be removed from captaincy because a lot has been invested into him. He has been leading the sides for the past three-four years now," said Akhtar in a video posted on his YouTube channel.

"I have no doubts that Rohit is a good captain and he has done a good job in IPL but I think an investment has been made and that investment can be made better with a slight tweak. Virat Kohli is a sensible choice to carry on. I think it will be foolish to remove Kohli from captaincy," the former speedster said.

"There is a talk going on in India that the team is divided into groups because of the reported rift between Virat Kohli and Rohit Sharma. I guess Rohit wants to become the captain and Virat is coming in his way but I don't think these rumours are true," Akhtar added.

"All he needs is a better coach and a better selection committee and he will improve. He will be a sensible choice once he gets the required support staff from the BCCI."