Virat Kohli should be fined or suspended: Michael Vaughan lashes out at Team India over DRS rant 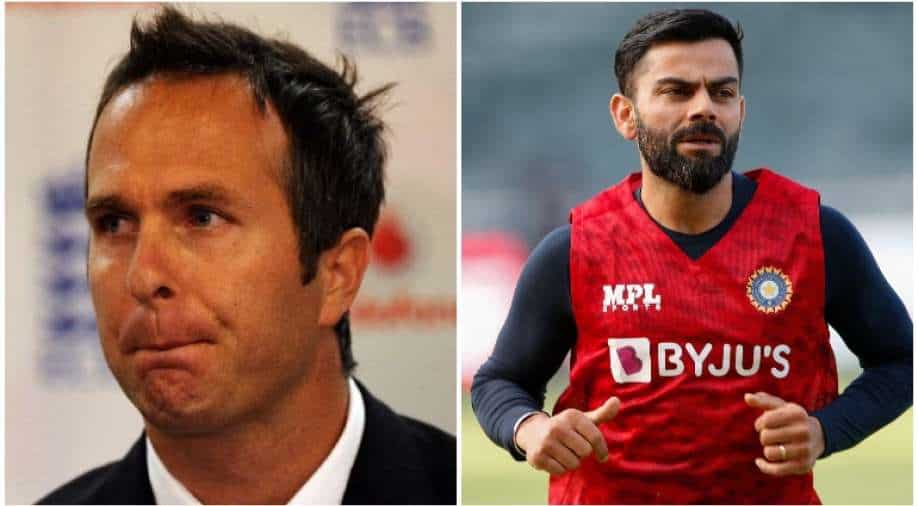 Cape Town Test: Former England captain Michael Vaughan has now commented on the DRS controversy and lashed out at Team India for their rant on-field.

India lost the third and final Test versus Dean Elgar-led South Africa at Newlands, Cape Town on Friday (January 14). Day 4 commenced with South Africa in the driver's seat, at 101-2 in pursuit of 212, as Keegan Petersen, Rassie van der Dussen and Temba Bavuma completed the formalities for the home side to win by 7 wickets and claim the series 2-1.

The series had plenty of moments as both sides showed a lot of character, grit and determination to emerge on top. Thus, the three-match Test series was intensely and Day 3 of the final Test was a prove of it. After Rishabh Pant's unbeaten ton propelled India to setup a 212-run target for the home side, Dean Elgar survived a very close lbw call during the fag end of the day's proceedings, off R Ashwin's bowling.

After being given out initially by the on-field umpire, Elgar referred the decision upstairs. While the replays showed that the ball had hit the batter below the knee, the hawk-eye displayed that the ball was going above the stumps. Hence, he managed to survive as Indian players expressed their frustration without mincing their words.

Captain Kohli said on the stump-mic, "Focus on your team as well and not just the opposition, trying to catch people all the time."

Meanwhile, KL Rahul was heard saying, “Whole country playing against XI guys," whereas the 35-year-old Ashwin and said, "You should find better ways to win Supersport (the host broadcaster)."

Former England captain Michael Vaughan has now commented on the DRS controversy and lashed out at Team India for their rant on-field. He told Fox Sports, “I think that is disgraceful from the Indians personally. Decisions go with you, they go against you, that didn’t go the way they think it should have gone. Virat Kohli is a legend of the game, but that’s not the way to act, that is not the way to act in a game of Test match cricket."

On Day 4, on Friday, India eventually lost the third Test and the series, 2-1, to miss out on a golden opportunity to win a maiden Test series on South African soil. In the ICC World Test Championship points table, the No. 1 ranked Indian team also slipped below SA to occupy the fifth spot following the series loss.

On being asked what action should the ICC take. he asserted, "He needs to be fined, he needs to be suspended."