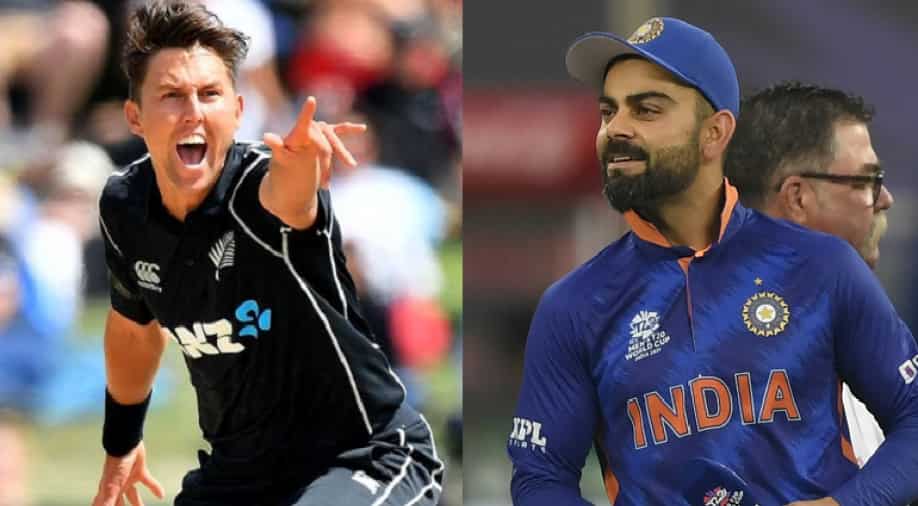 Indian captain Virat Kohli responded to Trent Boult's comments that he would be looking to emulate Shaheen Afridi's heroics against India in the T20 World Cup 2021 on Sunday.

Indian skipper Virat Kohli has responded to New Zealand pacer Trent Boult's comments that he will be looking to emulate Shaheen Afridi's heroic spell against India on Sunday (October 31).

Pakistan pacer Afridi bowled a dream spell against India in their opening game in Dubai on October 24. He ran through the Indian top-order and picked up the important wickets of Rohit Sharma, KL Rahul and Virat Kohli to help Pakistan script their maiden win against India in a World Cup match.

Speaking at the pre-match press conference ahead of his side's meeting with India in the Super 12 on Sunday, Boult said he would be looking to mirror what Afridi did against India in Dubai. When asked about Boult's comments, Indian skipper Kohli came up with a fitting response.

"We are obviously going to come up against quality bowlers. It all depends on how we take the field and the mentality. If he is motivated to emulate Shaheen, we are motivated to counter him. We have played against them for a long time," said Kohli during the pre-match presser in Dubai on Saturday.

Boult had witnessed how Afridi wreaked havoc with the ball against India and being a left-arm pacer himself, is keen on emulating Afridi's heroics. The Indian top-order will be wary of the threat possessed by the New Zealand pace attack and will be hopeful of producing a better show in the must-win encounter.

Also Read: Will Kohli & Co. break the jinx? A look at India's record against NZ in T20 WC ahead of must-win clash