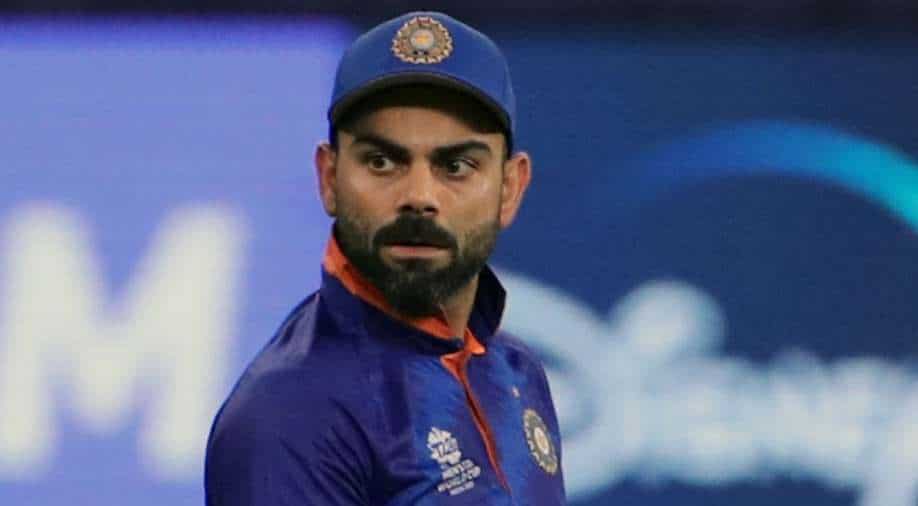 This is a file photo of Virat Kohli. Photograph:( ANI )

The spread of the Omicron coronavirus (COVID-19) variant has cautioned the authorities globally as it is said to be the most worrying Covid variant since delta because of the large number of mutations. Several countries have already imposed travel bans on some of the southern African nations. Not just international travel, sport also has been impacted. Events in South Africa began to shut down last week due to Omicron as rugby teams and golfers scrambled to leave the country.

Amid the new variant scare, India's tour of South Africa for a three-Test series, followed by three one-day internationals (ODI) and four Twenty20 matches might get pushed back by a week. The Test series is scheduled to start on December 17 in Johannesburg. It is expected that the Indian cricketers will know the decision in the next few days whether the tour will go ahead or not.

It is important to note that India on Thursday (December 2) reported two cases of the Omicron variant of COVID-19. Both have been reported from India's southern state, Karnataka. Two males, one 66 and the other 46 have tested positive.

Weighing in on the situation, Indian skipper Virat Kohli, who is returning for the second Test against New Zealand starting Friday (December 3) in Mumbai, said his side were seeking clarity about the SA tour.

Ahead of the second Test against New Zealand, Virat said, "We have spoken to all the senior members of the squad. Obviously, Rahul bhai [head coach Rahul Dravid] has initiated a conversation within the group, which is very important to know."

He added, "At the end of the day we understand - our focus from the Test match will not shift regardless - but you want to have clarity and want to be in a situation where you know exactly what's going on. We've been talking to the board and we are pretty confident that within a day or two, or pretty soon we'll have absolute clarity as to what is going on."

Virat also urged to be "realistic" about things as he said, "We cannot just ignore the things that potentially could put you in a confusing place. And no one wants to be there. I'm sure everyone is working hard towards finding clarity and giving us the situation as it unfolds, as soon as possible."

ALSO READ | India tour of SA under dark clouds amid Omicron scare, likely to be pushed back by a week : Report

"There are players who are not part of the group right now and will be entering quarantine to join the team in the bubble to fly in a charter. Those kinds of things, you want to seek clarity as soon as possible, so we have spoken to all the senior members of the squad," added Kohli.

The South African government, on Tuesday, had pledged to take all precautions necessary to keep players safe and praised the "solidarity" of India's cricketers in choosing to continue with the tour. But the Board of Control for Cricket in India has also said it will await a government nod on the Proteas tour before making a final decision.