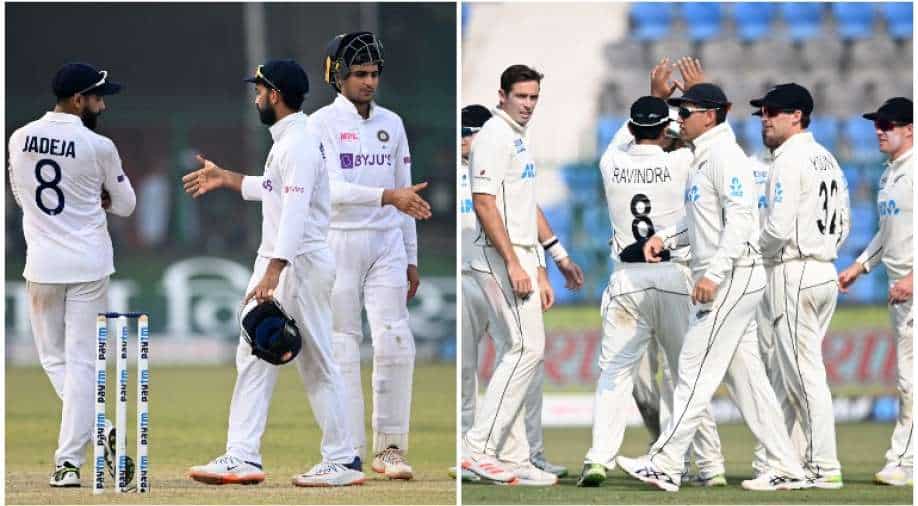 India and New Zealand will square off with each other in the two-match Test series finale at Wankhede Stadium, Mumbai. Here's our prediction for the first Test:

Team India and New Zealand will lock horns with each other in the second and final Test at the iconic Wankhede Stadium, Mumbai on Friday (December 3). The series opener lived upto expectations in the Green Park, Kanpur as the match went down to the wire where the Kane Williamson-led Kiwis denied a win to Ajinkya Rahane-led Team India, being 165/9 in pursuit of 284 on the last day.

The action will now take place in Mumbai, where the unseasonal rains have surprised one and all. Nonetheless, the weather is expected to get better as the game would progress ahead. Barring Day One, where there can be some interruptions on the cards, the match is expected to go on without delays.

ALSO READ | India tour of SA under dark clouds amid Omicron scare, likely to be pushed back by a week : Report

Talking about Team India, they will be strengthened by the addition of regular captain Virat Kohli. Kohli was rested for the three T20Is and the Test series opener, hence, the 33-year-old will like return in style and lead his side to a series victory. His own form is a concern, thus, Kohli will be eager to break his century drought in the Mumbai Test.

Match prediction: The red soil at the Wankhede Stadium is expected to aid the spinners as the match would go on. Spin is sure to play a huge role in the second and final Test. Taking that into consideration, India will start as favourites due to their spin quality and low returns from NZ's middle and lower-order. Batters are expected to cherish the surface after settling in but batting won't remain easy during the last few days of the contest.

While it is always tough to make a prediction against the Kiwis in the longest format, India will still start as favourites as they came close to a win in the first Test. Their superior record at the venue, winning 11 and losing seven, will keep them in good stead.