Virat Kohli as captain: A tale of sugar and spice and everything nice 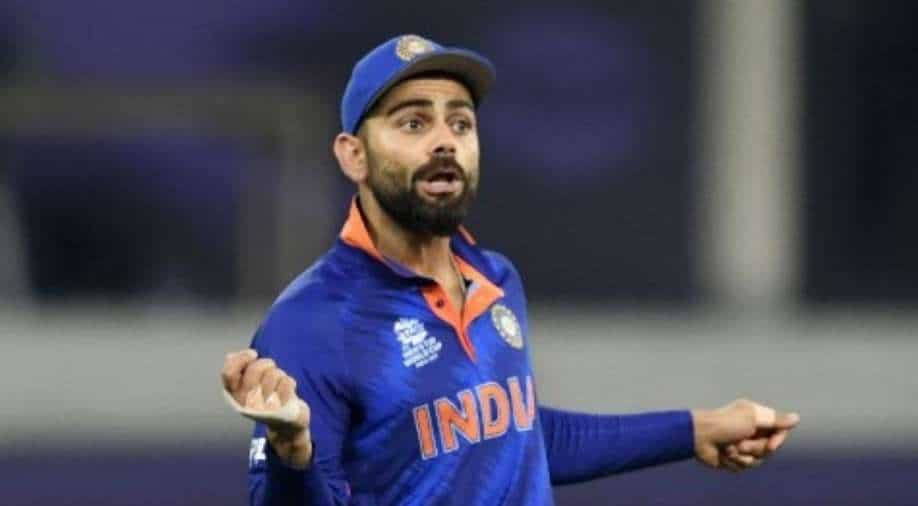 There's no denying the fact that Virat is an outstanding batter, his growth as a cricketer has been a motivation to millions

Virat Kohli has signed off as India's Twenty20 captain after an unsuccessful ICC T20 World Cup 2021 campaign as India exited the tournament after failing to make it to the semi-finals. Kohli had said that it is time to manage the workload.

"It's been an honour, but things have to be kept in the right perspective. This was the right time for me to manage my workload. It's been six-seven years of intense cricket every time we take the field and it takes a lot out of you," Kohli said.

Even before the Covid-delayed tournament started in Dubai and Oman, Kohli had announced that he will step down as 20-overs captain. The news came as a shock to some, but some welcomed the decision as it is an opportunity for a new style of leadership - a breath of fresh air.

Despite being the hot favourites, India didn't get the start they needed as the Men In Blue lost their first two crucial matches against Pakistan and New Zealand. However, they won the last three games of the Super 12 stage against Afghanistan, Scotland and Namibia but it wasn't enough for a semi-final berth from Group 2.

Virat has led the team to great heights in Test and white-ball cricket but critics have always pointed at his failure to land a World Cup triumph in either T20 or ODI cricket. But skipper or not, Kohli will always be the team's batting mainstay till the time he is playing for India.

Also, he stepped down from T20 format only as Kohli, who took over the T20 captaincy from MS Dhoni in 2017 will continue to captain India in Test and ODI cricket. Be it any format, his stint as a captain is an example, which is defined by his attitude as a leader.

There's no denying the fact that Virat is an outstanding batter, his growth as a cricketer has been a motivation to millions. Physically, he wasn't that fit as he is right now but hard work and a disciplined regime have made him a top-class athlete over the course of time.

When we see him on TV screens playing mesmerising cover-shots effortlessly, that's just the abstract...there's a mechanism behind it. His passion for the game is not hidden. He has been striving forward to learn and grow to become one of the greatest players in his time.

Leading the team by example is something that makes him a dynamic leader. He motivates the teammates and never shies away to express himself on the field. He intimidates the opponent, he can't be bullied by bowlers, dare to sledge him on the field. Virat will give it back and be the first person to come in defence of his mates in case of an on-field scuffle.

Virat's belligerent on-field attitude has been a catalyst in making India one of the most feared in recent times. The players know that the captain will have their backs. Remember how he got himself involved in the on-field banter between Indian pacer Mohammed Siraj and England's James Anderson during recent India vs England Test series in the UK.

Then again, he also came forward to support former Australian skipper Steve Smith during India vs Australia match in World Cup 2019. He had asked a group of fans to applaud Smith instead of mocking him over the infamous ball-tampering scandal.

From dancing to banters to laughing and funny gestures, Virat's antics make him different. Although, these things do not matter as players are different and behave differently. But the talent and spirit of cricket in Virat is just next level.

ALSO READ | A captain, a mentor and a coach: Too many cooks messed up the meal?

Mentioning again, that Virat will continue to lead the Indian team in ODI and Test, however, there are reports that he might leave white-ball captaincy altogether. But he, himself said that his intensity on the field will remain the same. "That's never going to change. If I can't do that I will not play anymore. Even when I wasn't captain before I was always keen to see where the game is going. I'm not going to stand around and do nothing," Kohli said.

He is a prolific batter, outstanding teammate and a passionate ambassador of cricket. How to sum up his captaincy? Well, he is a combination of sugar and spice and everything nice.

If you are a 90s kid and have followed 'The Powerpuff Girls' then you must remember that 'sugar, spice and everything nice' were the ingredients chosen to create the perfect little girls but Professor Utonium accidentally added an extra ingredient to the concoction - Chemical X.

And in Virat's case, the 'Chemical X' is his passion for cricket and his hard work, which have been added by himself.